Betania hugs her daughter on visitation days. She received humanitarian help, which allows her to breastfeed her child once a day. The Venezuelan constitution permits a child of a female prisoner to stay with her until he/she is three years old, but these centers do not count as such facility. Betania suffers from depression and anemia; the father of the child is serving a long sentence in the Tocorón prison. In February 2017 she was released and in January 2018 she had left the country to find better opportunities in Colombia. Her daughter stayed in Venezuela with the paternal grandmother. 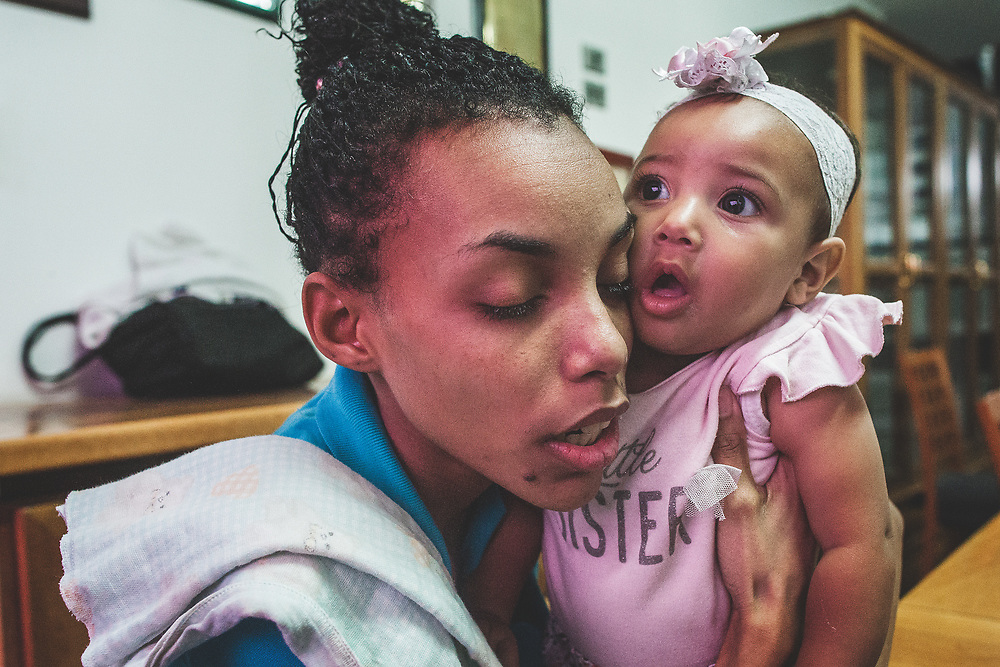