ILHA DE MOCAMBIQUE, MOZAMBIQUE - JULY 22, 2016:
The Island of Mozambique lies off northern Mozambique, between the Mozambique Channel and Mossuril Bay, and is part of Nampula Province. Prior to 1898, it was the capital of colonial Portuguese East Africa. With its rich history and sandy beaches, the Island of Mozambique is a UNESCO World Heritage site and one of Mozambique's fastest growing tourist destinations. It has a permanent population of approximately 14,000 people.
Children playing on fishermen's fishing nets. 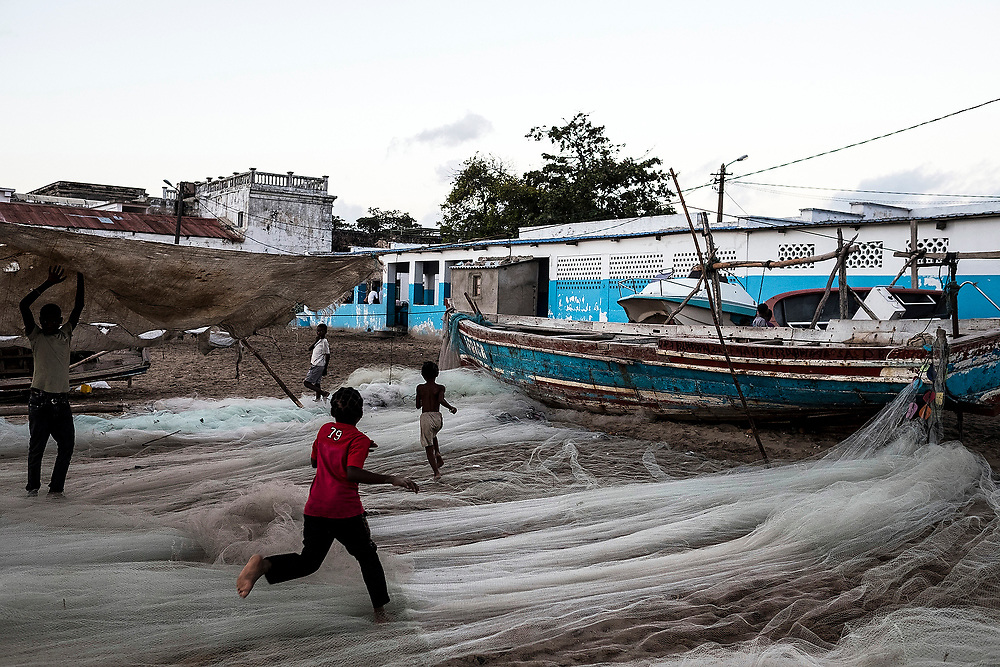