Tehran, Iran- June, 2015:
A girl dancing in an underground party on the first day of Ramadan.
“There are two societies in Iran. The one you see on the surface and the one that lives underground”. This is a sentence that the modern non-religious new generation of iranians reapeat over and over again. They are actors, street artists, singers and party animals influenced by the western culture that is restricted by the islamic law settled on the Islamic Republic of Iran. The theocratic Constitution forbids the use of alchool, any music sang by women and any kind of art not accepted by the mullahs regime. But the underground people always find a way to do what they like: they make tatoos in basements, parties in hidden factories and music albuns on home studios.
In spite of belonging to a small share of the iranian society – around 15%, they say - the liberal iranians are showing that not all the country supports the dogmas of the Supreme Leader. Their struggle is not often political but social, as they know the best way to fight against the strict system is to spread the word on the underground layer of the society, in order to changing mentalities slowly. The regime's control is hard such as the risk to be caught by the autorithies. “So when we make a party, we party hard, because we know that it can be the last one”, says Farid, a firedancer and party promotor.
This feature follows the life of an actor, a tatoo artist, a firedancer and party promotor, a rapper, a woman singer and a street artist on the most free and hidden spots of Tehran. Hidden and free in a country of paradoxes. 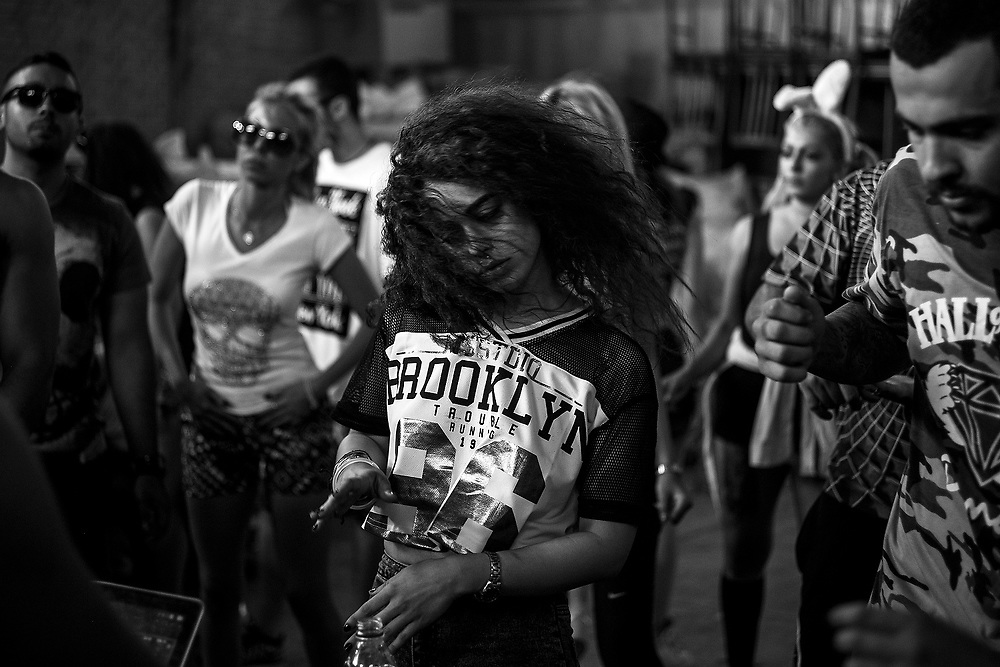