BEIRA, MOZAMBIQUE - JUNE 25, 2016:
The Grande Hotel Beira was a luxury hotel located in the city of Beira, Mozambique, functional between 1955 and 1963. After this period, it continued to be used during a 1960s as a conference center as well as its large swimming pool . During the Civil War of Mozambique (1977-1992), however, it became a refugee camp. Currently, the old hotel is occupied by about 3,500 people who live in precarious conditions. The government eventually considers removing them, but a situation is dragging on for years.
A resident kid from the building on one of the balconies. The Grande Hotel has 3 floors with 122 rooms and has sea view. 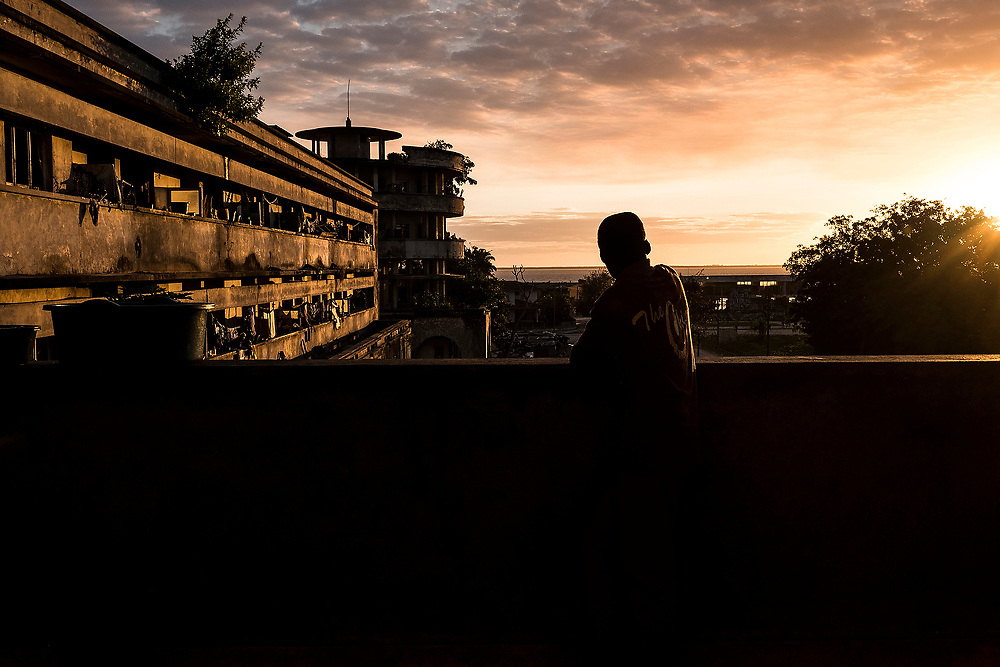