NIASSA RESERVE , MOZAMBIQUE - JULY 31, 2016: Elephant ivory has been exported from Africa and Asia for centuries. Since 2006 tens of thousands of elephants have been slaughtered across Africa. In 2012 there were about 12 000 elephants in the Niassa Reserva, Mozambique. In 2015 there were only 4 450 elephants left! This year (2016) about 165 have already been killed.
Niassa Reserve is a nature reserve in Cabo Delgado Province and Niassa Province, Mozambique. Covering over 42,000 square kilometres.
The Mozambican Government with the help of the Wildlife Conservation Society have been fighting anti-poaching but the lack of funds makes this struggle very difficult.
The Chinese government made a stunning announcement this year. It would shut down the country’s ivory market, the world’s largest. With this announcement the hope of lowering the dead elephants is good.
Female elephant killed by poachers two days before the rangers arrived there. The shot was heard on the same day but the lack of means to reach the place made it difficult to catch poachers. 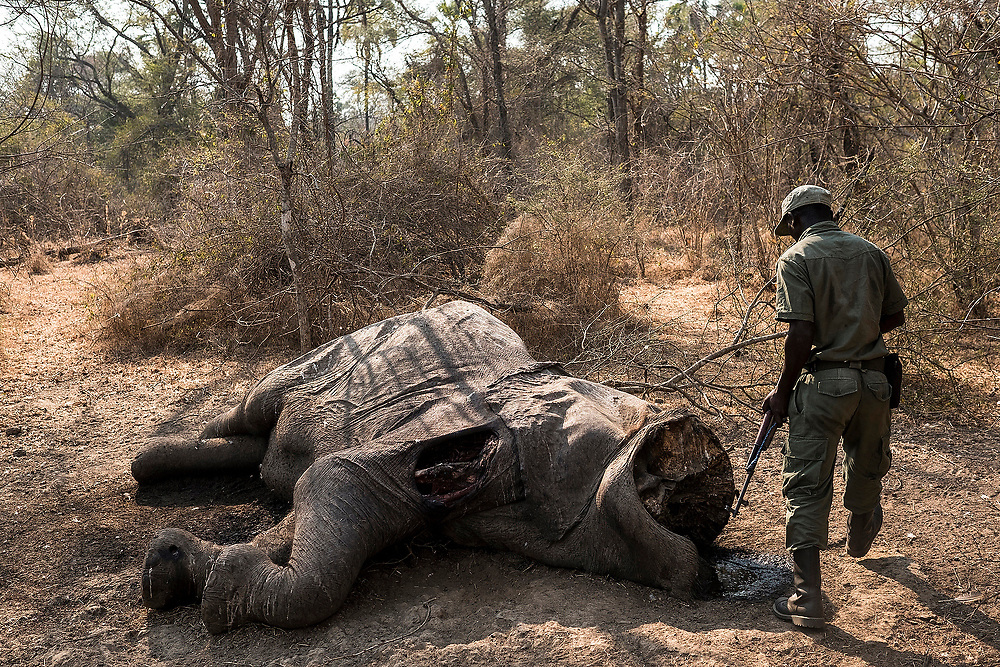