Palafito of the town New Venice on the waters of the Great Marsh of Santa Marta.

The village of Nueva Venecia floats deep within the arteries of the Magdalena River Estuary System in Colombia. The 400 families who live there in stilted houses share a deep connection with the water surrounding them, depending on it for survival and sustenance even as it is being polluted and depleted by years of agricultural use dating back to banana plantations of the 1900s. Today the main problem is untreated sewage from major cities. Many of the townspeople are unable to afford purified water which means drinking from the river as is.

Jorge Panchoaga first visited Nueva Venecia -New Venice- in 2010 as part of a study on Colombia’s cultural heritage. A photographer and an anthropologist, Panchoaga quickly discovered two fundamental influences on the collective psyche of this community. One was their deep-rooted connection to their environment and the inherent challenges posed by years of misuse beyond their control. The other was a painful memory of an incursion in 2000 by a Colombian paramilitary group that left between 35 and 40 fishermen dead.

Now's the time when Panchoaga feels all of the issues of the past, present, and future are coming to a head. “We believe that the whole ecosystem is in crisis,” he says. The problems with water now come down to their main source of food and income—fish. “If the pressure on and crisis in the marshlands continue, townspeople in coming years will have nothing to fish and their life on the water will be jeopardized.”
Pie de foto: Families live in houses built on stilts in New Venice. 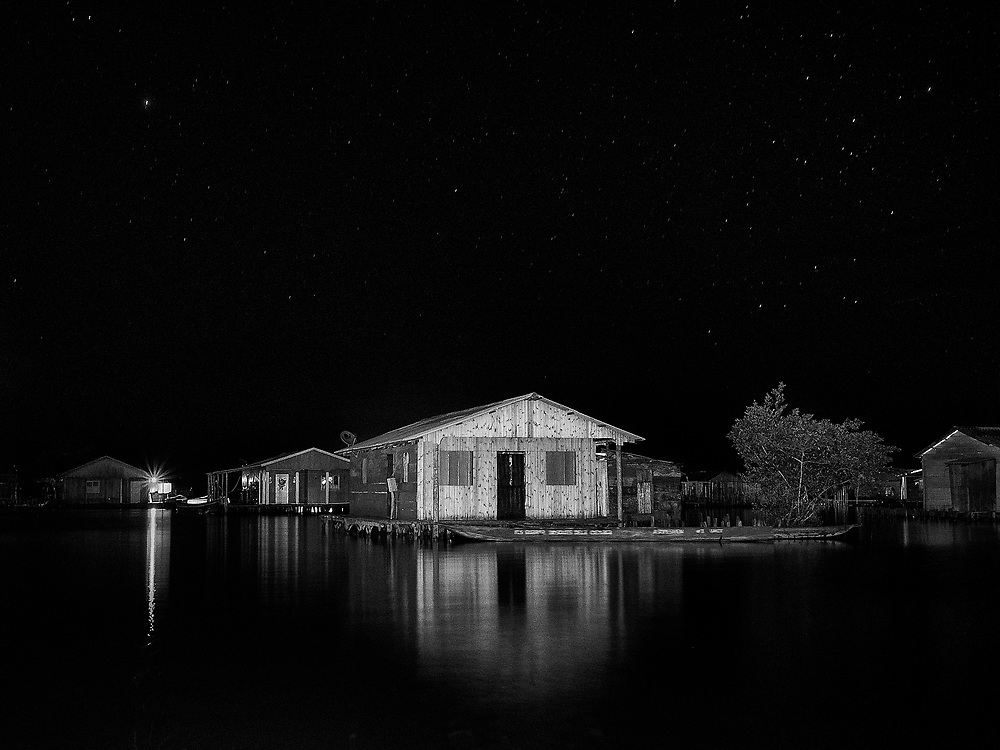