In this photo taken Friday, Jan. 27, 2012, Wilson de Jesus Zapata, is embraced by his wife next to tomb of his father Segundo Zapata,49, in new cementery of Chichigalpa, Nicaragua.
Zapata, chronic renal failure patient and former sugar cane cutter of the San Antonio sugarmill during 20 years, A mysterious epidemic is devastating the Pacific coast of Central America, killing more than 24,000 people in El Salvador and Nicaragua since 2000 and striking thousands of others with chronic kidney disease at rates unseen virtually anywhere else. Many of the victims were manual laborers or worked in the sugarcane fields that cover much of the coastal lowlands. 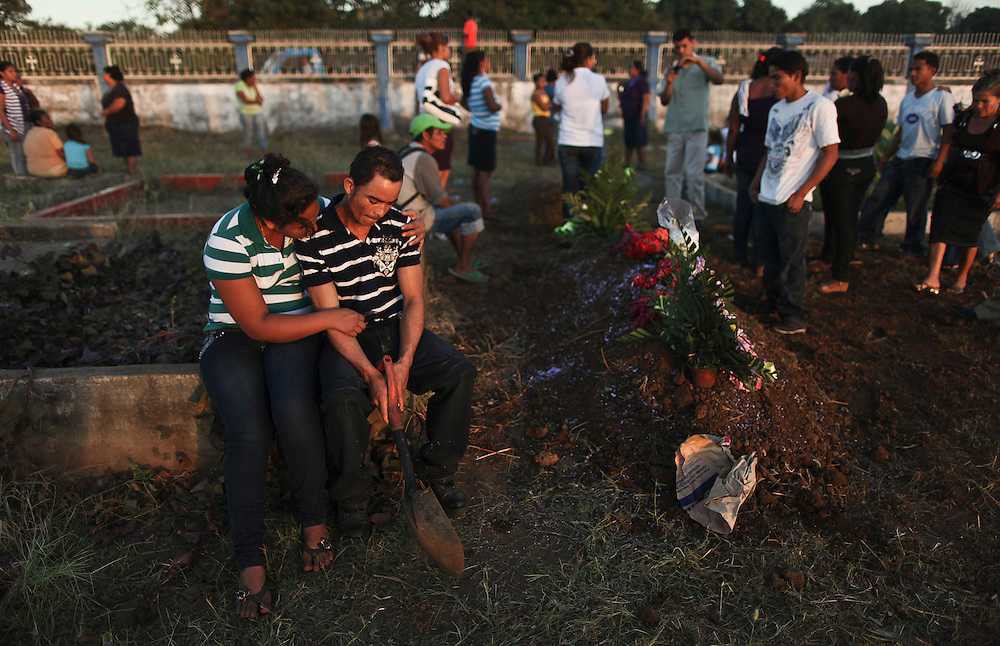