Youth play soccer in La Oroya next to the American-owned smelter Doe Run Peru. This photo was taken in April 10, 2009, when production was almost completelly suspended due to a financial crisis in the company, now it is still closed. The company claims that it was not able to carry out its environmental program, a violation of its agreement with the goverment arging economic reasons, in the meantime it was operating in defiant of enviromental regulations, in a city where many children have tested for high lead levels in their blood due to smelter pollution. 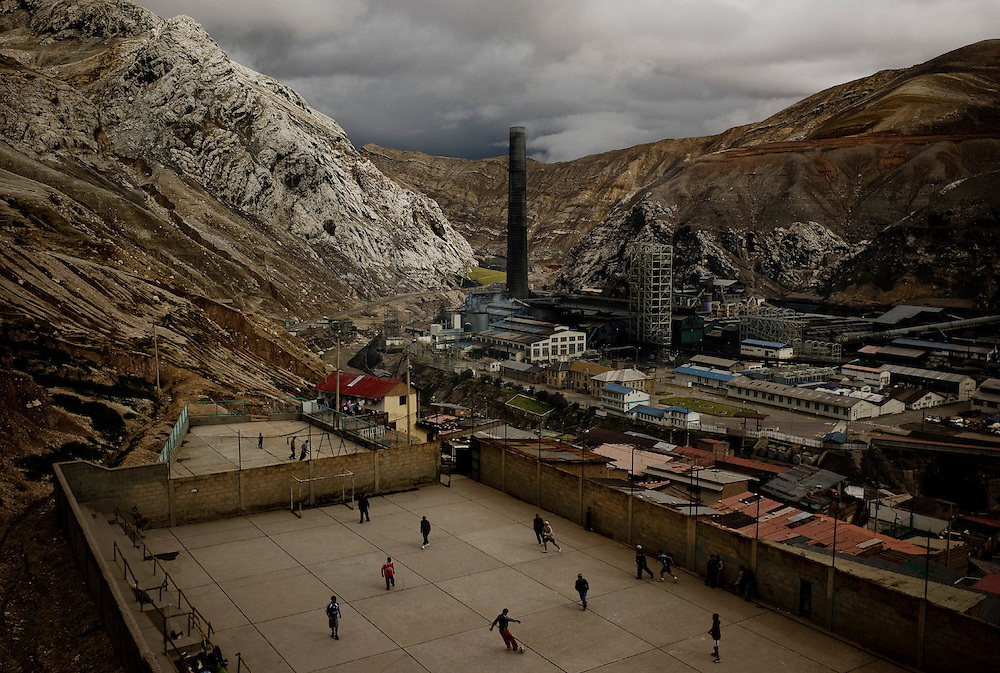