Latin American Immigrants in Barcelona.
From an economical perspective, the growth of the construction sector in Spain and the extensive demand for low-cost workers for the service sectors, where the mosts important factors when analysing the migratory flows of the 90's. On the other hand, the South American countries where at the same time facing different economical, political and social crisis, that are also important to consider in order to fully understand the attraction and expulsion factors creating the migratory flows. During the first 10 years of receiving migrants, Spain's economical system didn't give any signals of possible future bubbles and the immigration was perceived as nothing but necessary. However in 2008, when the crisis hit the situation changed drastically and the spanish economy could no longer absorb all the immigrated labour force. In less than a year the unemployment rate in Spain rose to 15% and when entering enter 2010 it reached 20% of the work force. It is estimated that more than 5,000.000 people are unemployed in Spain. It is also estimated that 26% of the unemployed are immigrants. In contrast to before, immigrants are now an easy escape goat for all current problems.
In this picture an ecuatorian worker is cleaning a venue after the mexican independence celebration in Barcelona. 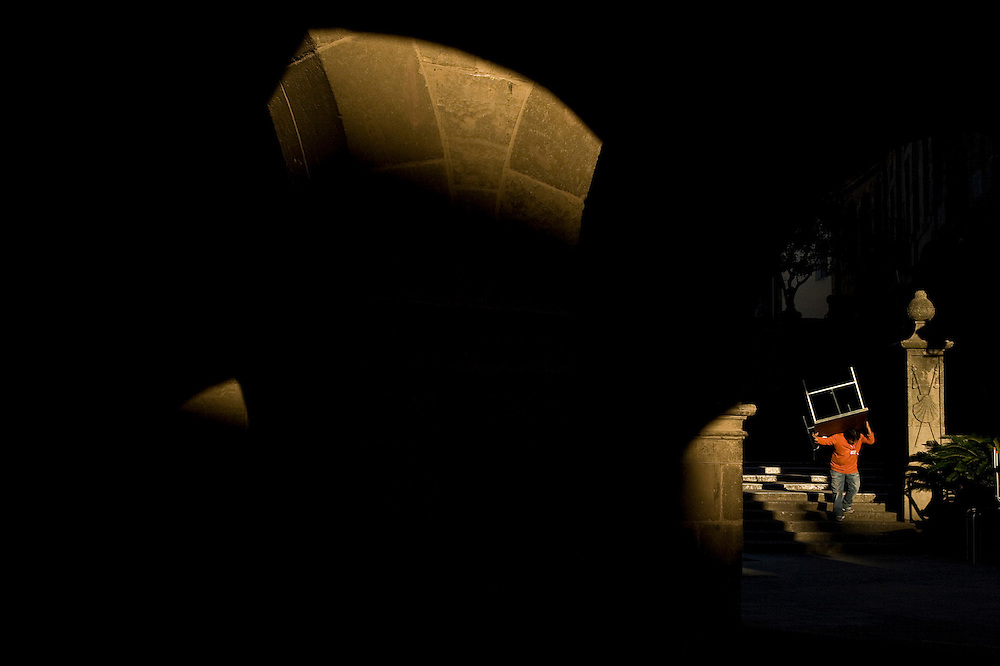