A puppet hangs as a warning for thieves that they will be lynched and burnt if caught by neighbors, in El Alto, overlooking La Paz city, Bolivia. July, 18, 2010. With crime out of control neighbors in El Alto had decided to protect from thieves by themselves in what they call Justicia Comunitaria (community justice). Puppets are hanged around the city in organized neirghborhoods with signs that read "caught thieves will be lynched and burnt alive", and so they do. Every month mobs attack suspects and burn them alive immediately. In many cases innocent are killed by an uncontrolable mob. Amazingly there havent been any trial against these murder. 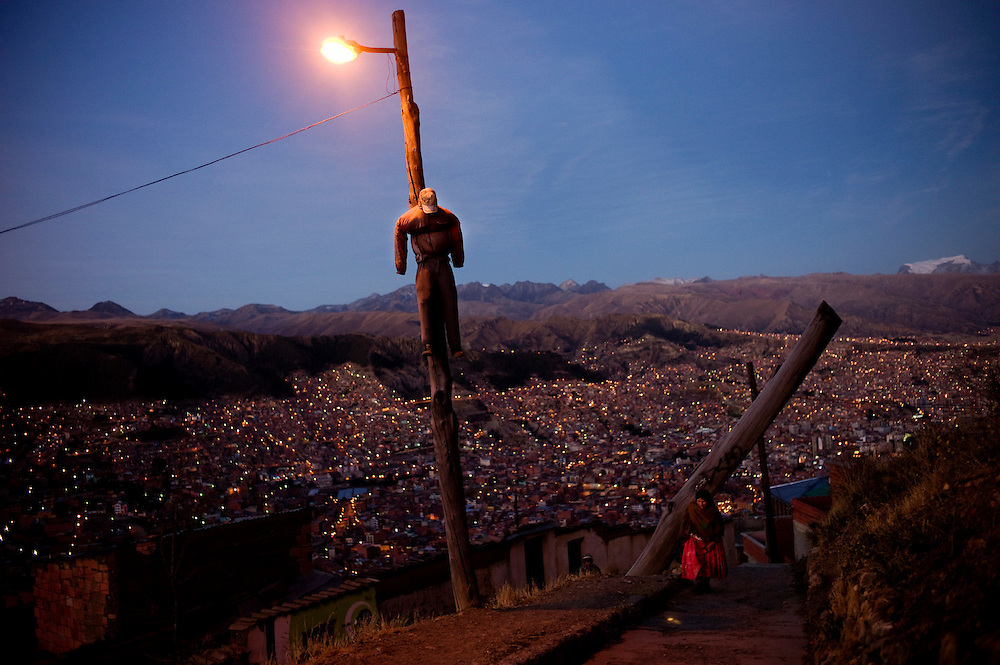