Maria kisses her daughter on visitation hours. She is 35 years old and is charged with robbery. She goes to therapy three times a week. While the beginning of the trials keep on being delayed, the condition of these women inside this precinct in the center of Valencia, a city on northcenter of the country, has improved slightly between 2017 and 2018. They are now permitted to have a cellphone, hairdressing utensils and a 3-hour recreation time outside their cell. Conjugal visitations are not allowed to female detainees, although one of them got pregnant while being inside the center with another male detainee; they had intercourse in the reception office. 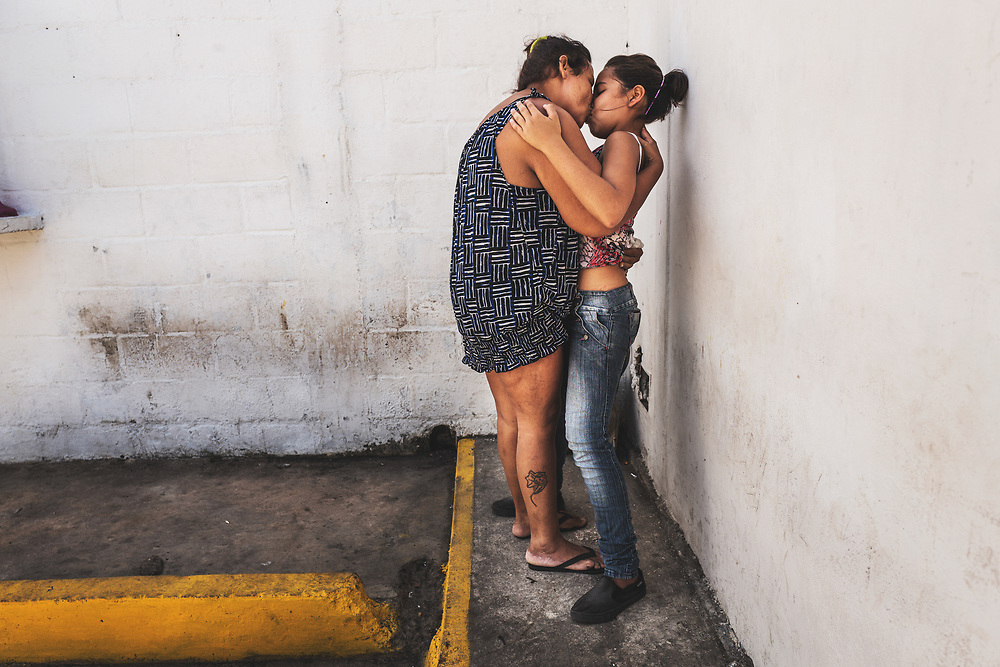