Alejandro Sanchez, 76, looks for his sheeps and goats through the abandoned farming lands of Quillagua. He is the last one to rise livestock in this almost ghost town. He used to be a farmer working for landowners, but the landowners sold their water rights to mining companies and left the town, leaving behind people like Mr. Sanchez that had nowhere to live, no water to farm and no job. The animals can only be fed with the fruit of the Algarrobo and Tamarugo trees, they had deep roots so they still survive the drought. But the water they drink from the river is dangerously polluted and doesnt carry water all along the year as it used to do. Atacama desert, Chile. April 2010. 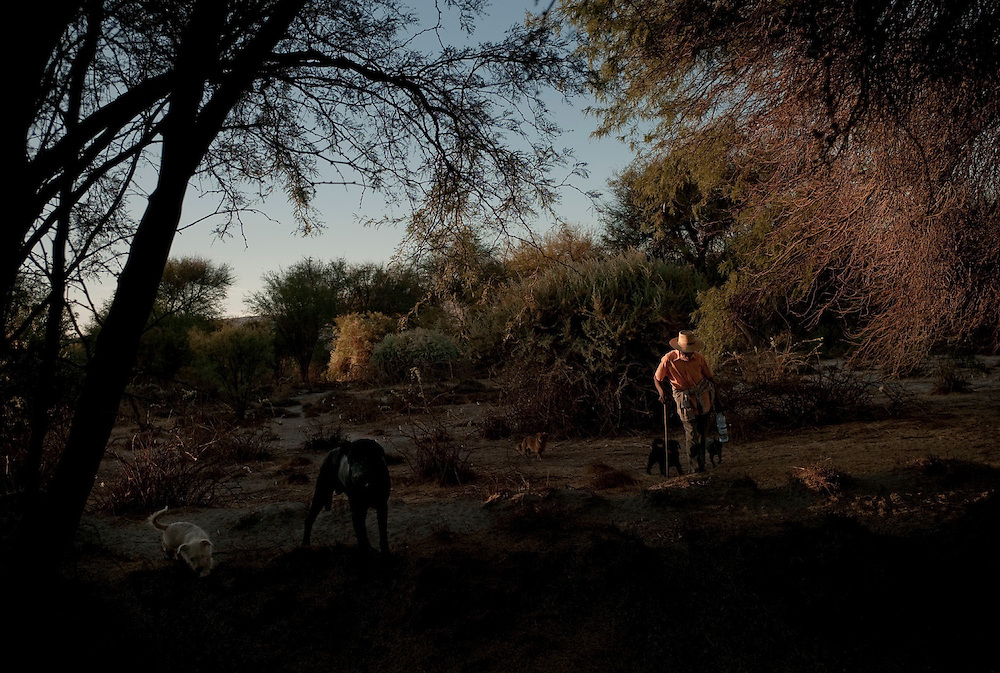