The shadow of aspiring boxer Laercio is projected on a wall as he uses a discarded truck axle for weight training at a gymnasium under the Alcantara Machado viaduct in the Mooca neighborhood of Sao Paulo, March 28, 2011. The Boxing Academy of Garrido, founded by Brazilian former pro boxer Nilson Garrido, adopts primitive training equipment that he developed himself during his years as a coach, in a project whose goal is to take the sport to the poor and marginalized population. 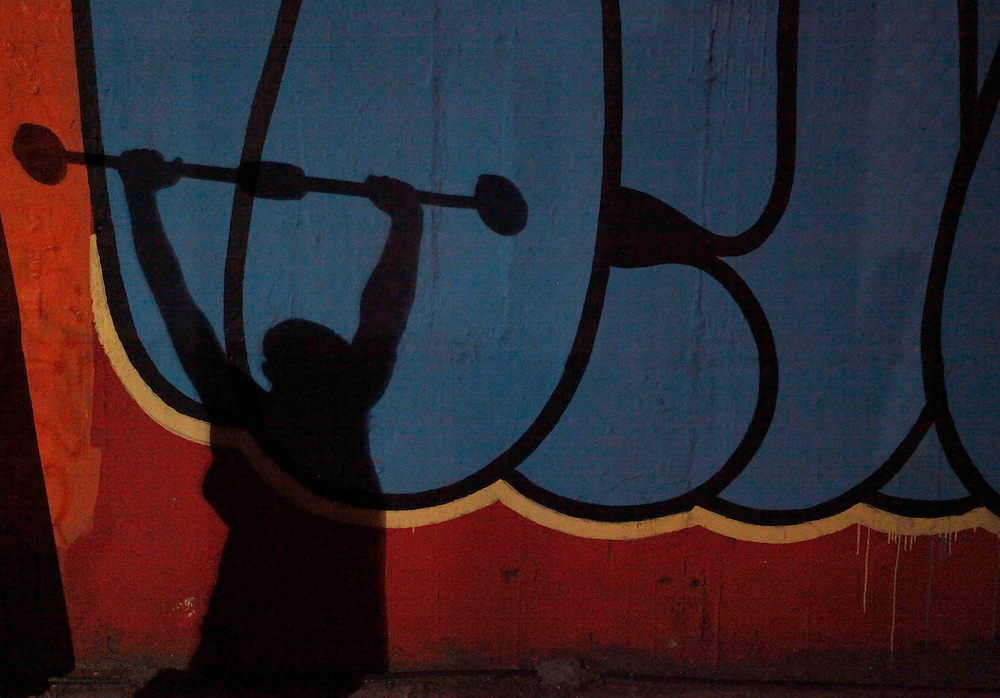