Marcos, 89, and Monica, 87, have been married and living in their apartment in Buenos Aires, Argentina, for 65 years. In 2007, Monica was diagnosed with Alzheimer's disease. Since that moment, her husband devoted all his time to take care of her. He has been exposed to suffering substantial changes in his life as well as a very strong physical and emotional impact, typical of someone who is gradually losing his companion of all his life. She passed away in July of 2011. The photographer has been documenting their struggle for 3 years. According to Alzheimer's Association, it is estimated now in 36 million the number of Alzheimer's patients all over the world. This disease is considered as a future epidemic because it mainly affects older people, and as life expectancy is annually increasing in global population, the disease is becoming increasingly common. By 2050, it is projected that the number of patients will have increased to over 115 million. 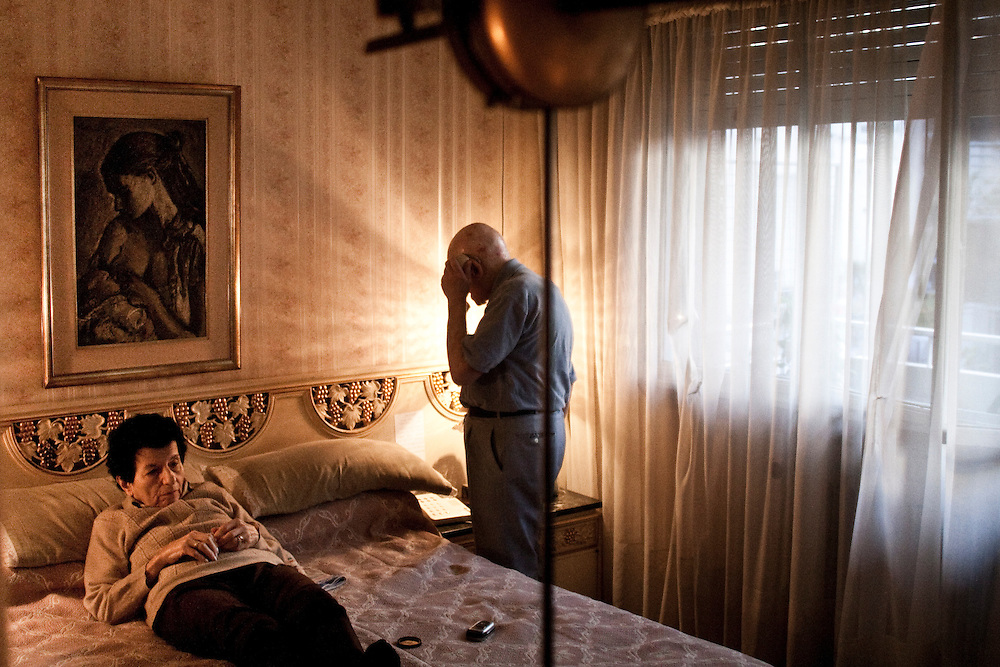