Prostitue Celia Oliveira, 24, mother of three young children, at the hotel where she works in Maputo, Mozambique, August 2009. She recently started working here, since her husband is in jail she has no other job to do to feed her family. While most East African Countries have seen modest decline or stabilization in HIV infection levels, the epidemic is still on the rise in Mozambique. The Prevalence rate is 16%, ranging from 8% in the Northern provinces to 26% in the Southern Provinces and 28% in the capital. It is estimated that 81.000 mozambicans will die yearly due to AIDS, leaving 400.000 orphans. 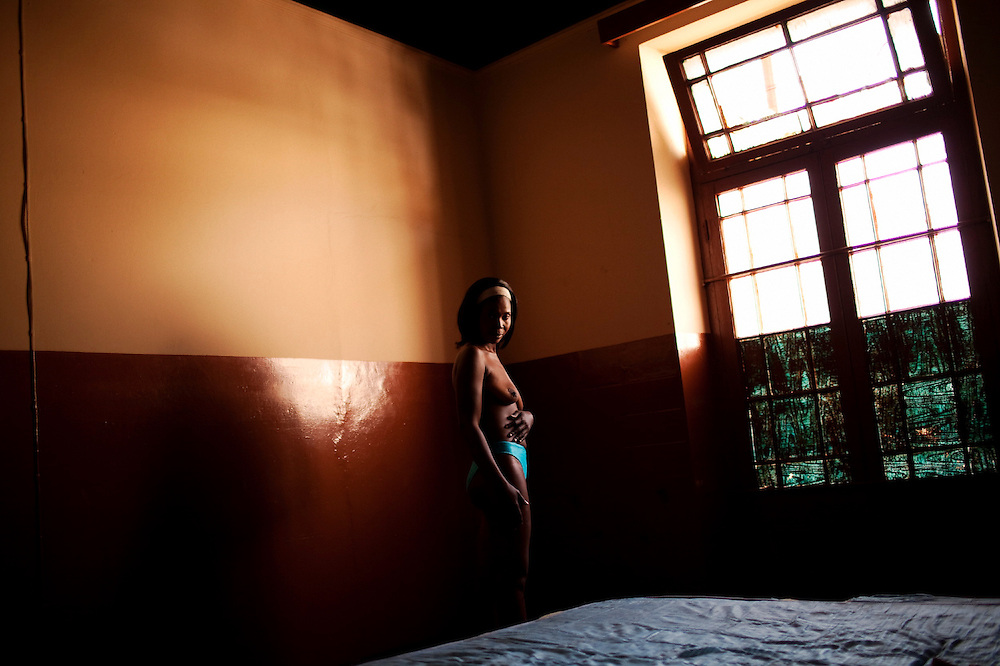