An Afghan boy prepares to bowl a ball while playing cricket inside the ruins of a compound, which use to be home to a timber manufacturing factory in the late 80's, on the western outskirts of Kabul on May 14, 2010. Two NATO soldiers fighting in Afghanistan to quell a Taliban-led insurgency were killed in attacks, the military said. One was killed in an "insurgent attack" in the east of the country and the other died after a crude Taliban-style bomb exploded in the south on May 13, NATO's International Security Assistance Force said. AFP PHOTO/Mauricio LIMA 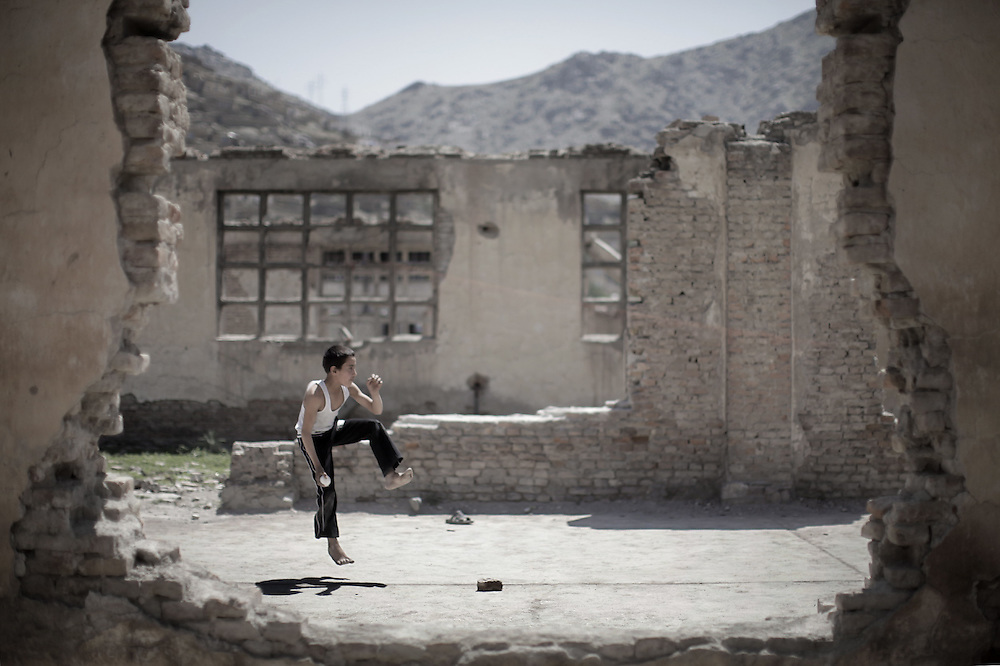