People sing the Portuguese national anthem near the cordon of riot police officers by the stairway of the Congress during a demonstration to marking the European coordinated general strike in Lisbon, Portugal, on November 14, 2012. Around 1.4 million people are currently unemployed in Portugal, and only 370,000 of them have receiving monthly social support from the government, leaving around 1 million people without the benefit. Over youths, unemployment rates is breaking records reaching 39% in the third quarter of the year, or equivalent to more than 175,000 people. The official unemployment rate in Portugal is currently on 15.7%, a bit away from the highest European rate in Spain, with 25.8%, followed by Greece with 25.1% of jobless. Photo by Mauricio Lima for The New York Times 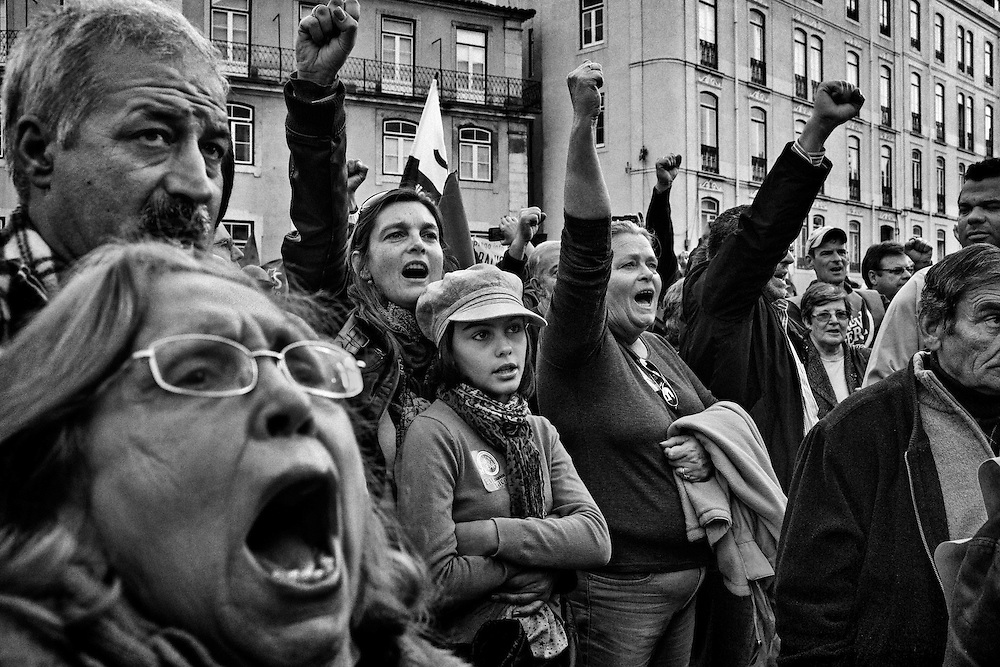