Edwin Leonel Hueso, 23, member of Mara 18, in prision for 4 years at Centro Penal Quetzaltepeque, in the outskirts of San Salvador, El Salvador. August 16, 2012. Traffickers have used Central America as a stopover point since at least the 1970s. But the aggressive crackdowns on criminal organizations in Mexico and Colombia, coupled with strides in limiting smuggling across the Caribbean, have increasingly brought the powerful syndicates here, pushing the drug scourge deeper into small Central American countries incapable of combating it.
Photo/Tomas Munita for The New Times 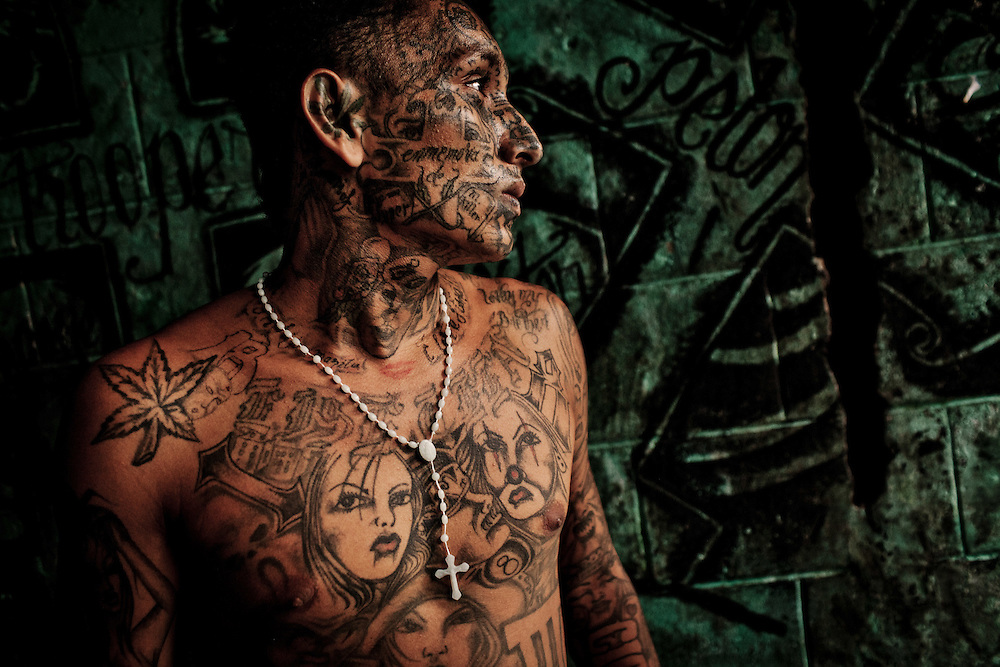