An Afghan man (L) looks from outside towards his wounded relative in a hospital bed reflected in a window after a suicide attack in Kabul, on May 18, 2010. A suicide car bomb attack has targeted NATO troops in the Afghan capital, killing at least 20 people near parliament in the deadliest strike on Kabul in more than a year, an army doctor said. The Taliban, the militia leading a nearly nine-year insurgency against the Western-backed government and US-led foreign troops, claimed responsibility for the attack, saying they had targeted "invading NATO forces. AFP PHOTO/Mauricio LIMA 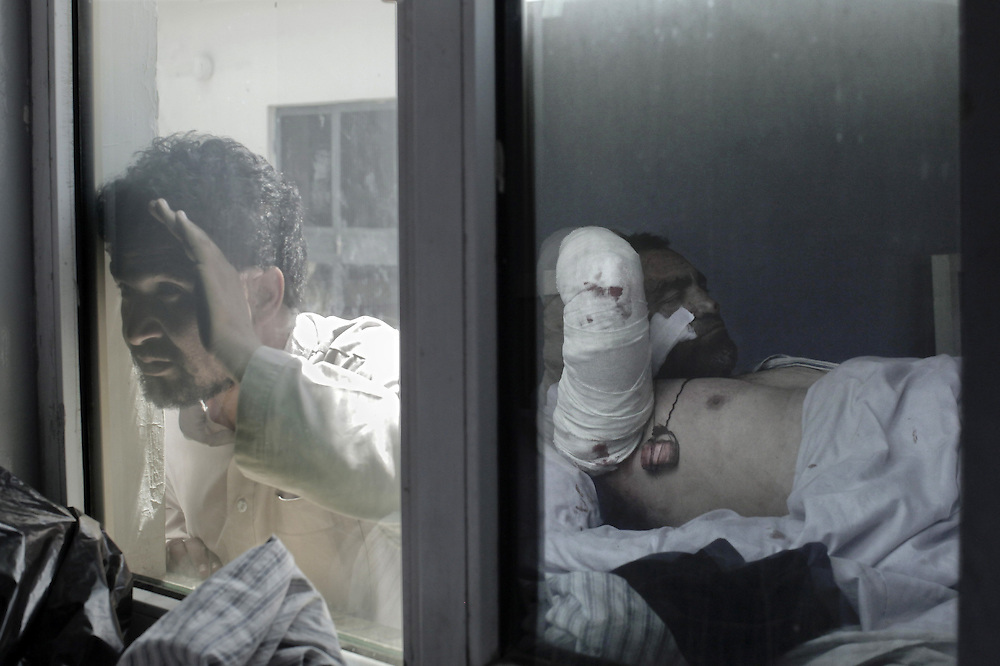