Farmers from Toconce, a village that has partly sold their water, pray before an offering to Pachamama (mother earth) during the yearly "canals cleansing" festival, where men shovel the mud from canals that bring the water to their farms. But these days the work is mostly symbolic, since due to scarcity of water and the improvement of the canals there is almost no mud to shovel. But the festival is one of the few instances when the villagers meet again to revive their tradition, most of them have moved to live in the cities. Atacama desert, Chile. October 2009. 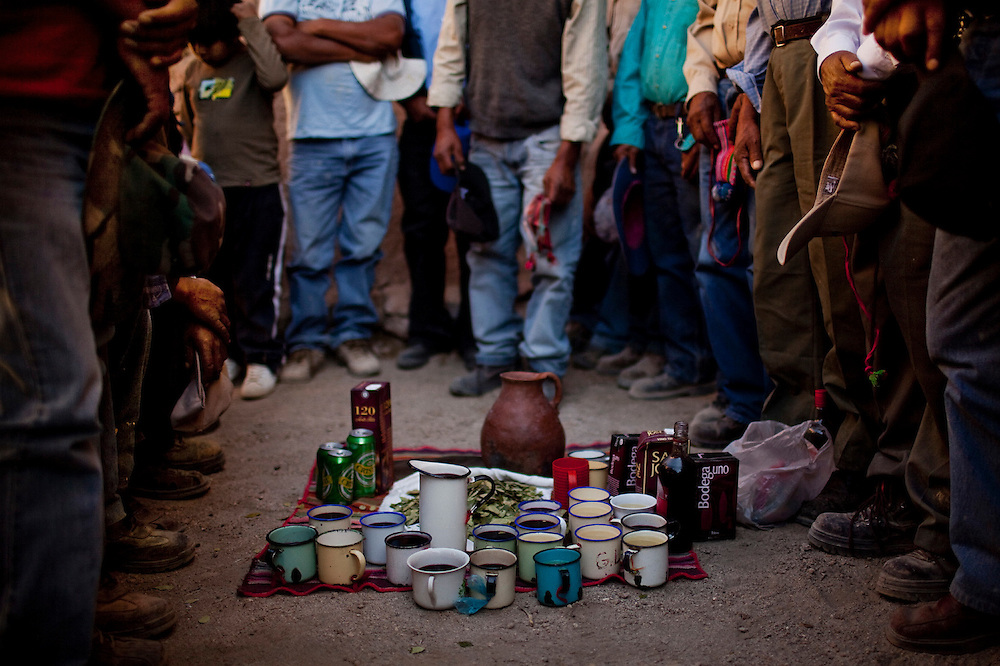