In this Aug. 7, 2012 photo, a boy smokes crack in a shack in the Manguinhos slum in Rio de Janeiro, Brazil. 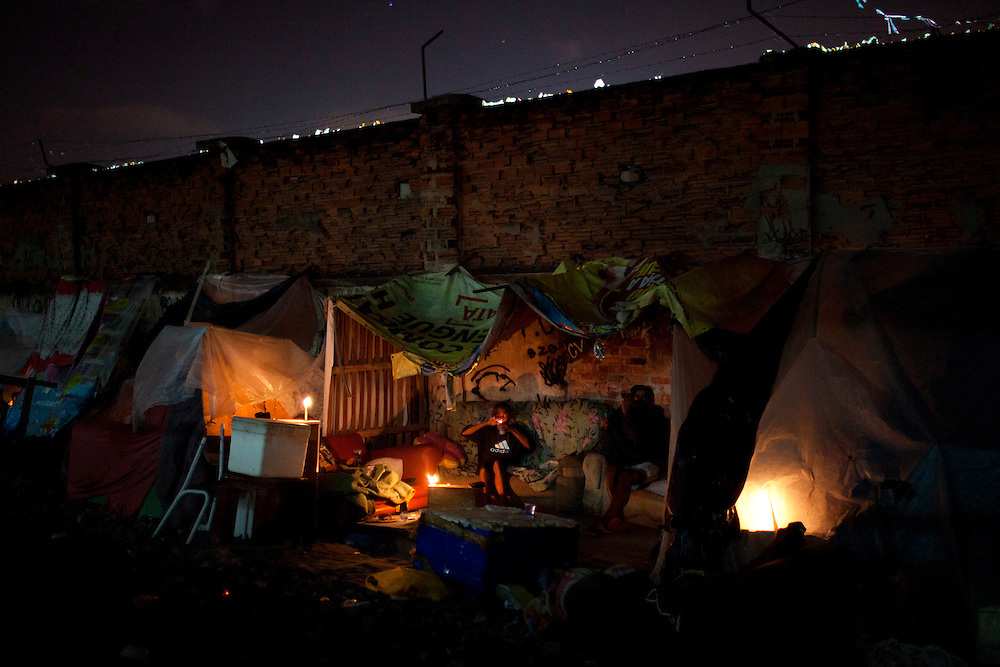