A boy sleeps in a van as he is taken to a shelter during an operation to remove suspects crack users from the streets in Rio de Janeiro, Brazil. 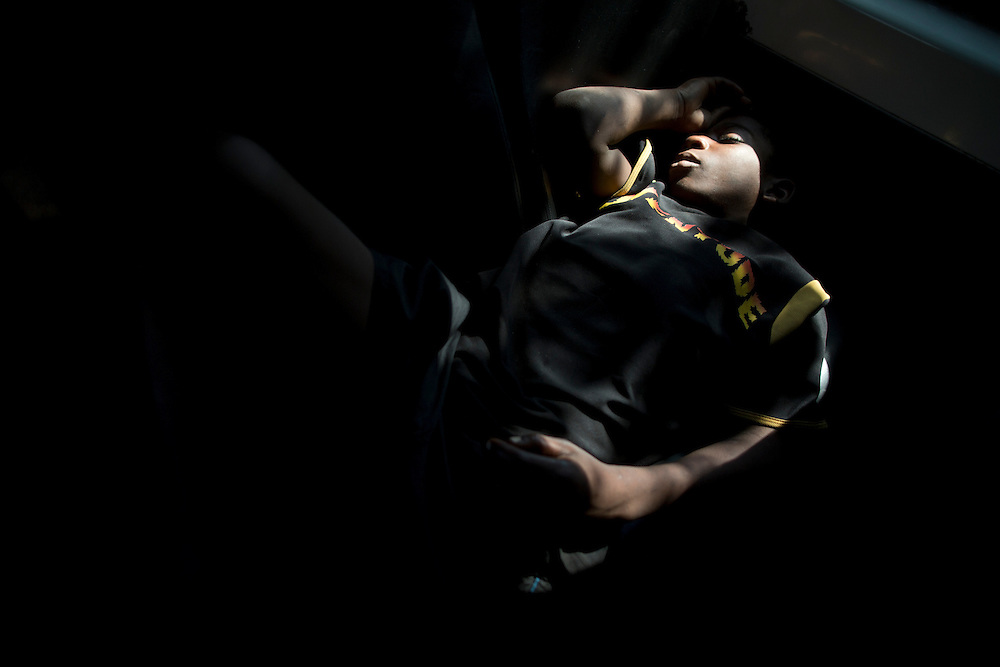