In this Aug. 11, 2012 photo, a masked and armed trafficker poses for a photo at a drug selling point that no longer sells crack in the Mandela slum in Rio de Janeiro, Brazil. 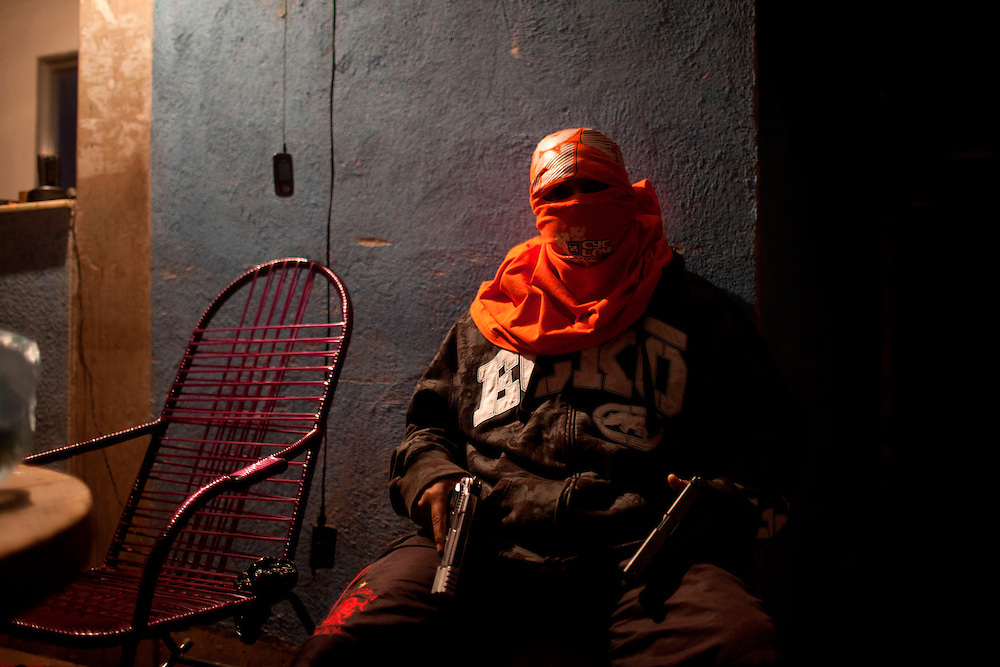