Wendy Maritza Rodriguez, 38, (left) reacts after she recognized the body of her adopted son with her sister Estela Marisol Rodriguez, 37, (R) at the morgue of the Insituto Medico Legal of San Salvador, El Salvador. August 15, 2012. Jonathan manuel Peña, 27, a former member of the gang Mara Salvatrucha was shot from the back the night before. He left the mara 6 years ago and had some of his tatoos erased, but for the "mareros" is difficult to leave their past, the gangs have a saying "o vivis por la mara o moris por la mara" "either you live for the mara or you die for the mara" meaning that there is no way out. Photo/Tomas Munita 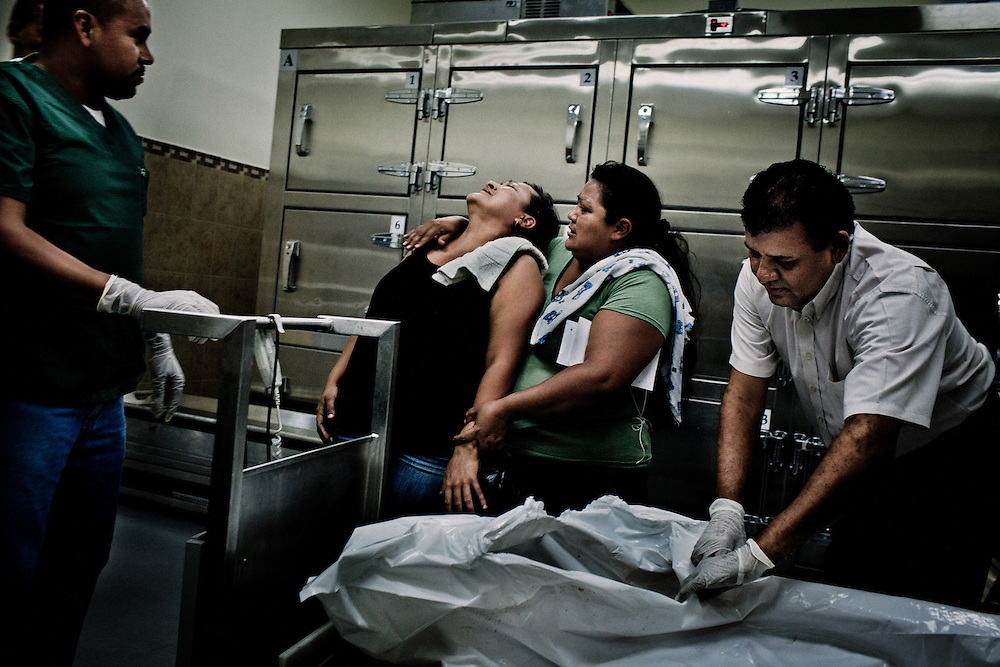