DAM PROJECT THREATENS A WAY OF LIFE IN PERU

Victoria Kubirinketu, an Ashaninka woman, walks back to her village after collecting bananas and a banana flower (in her hands).
With encroachment from settlers and speculators, and after a devastating war against Shining Path rebels a decade ago, the indigenous Ashaninkas’ hold is precarious. And they are now facing a new peril, the proposed 2,200-megawatt Pakitzapango hydroelectric dam, which would flood much of the Ene River valley. The project is part of a proposal for as many as five dams that under a 2010 energy agreement would generate more than 6,500 megawatts, primarily for export to neighboring Brazil. The dams would displace thousands of people in the process. April 2012. Photo/Tomas Munita 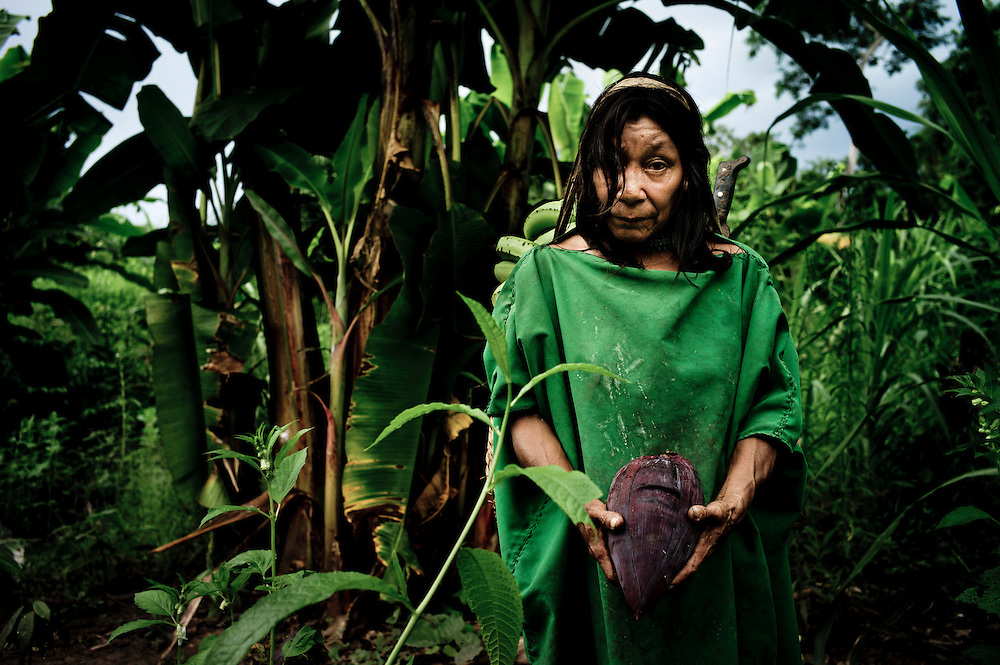