An Afghan man enjoys a sunny day at a swimming pool in Kabul on April 28, 2010. Afghanistan has commemorated the 1992 toppling of a Soviet-backed regime, which led to bloody civil war and arguably to the rise of the Taliban, as the capital Kabul went under security lockdown. Helicopter gunships clattered overhead as the Afghan army staged a 21-gun salute at a sports stadium in central Kabul, used as a public execution ground by the 1996-2001 Taliban regime that emerged from the devastating civil war. TOPSHOTS/AFP PHOTO/Mauricio LIMA 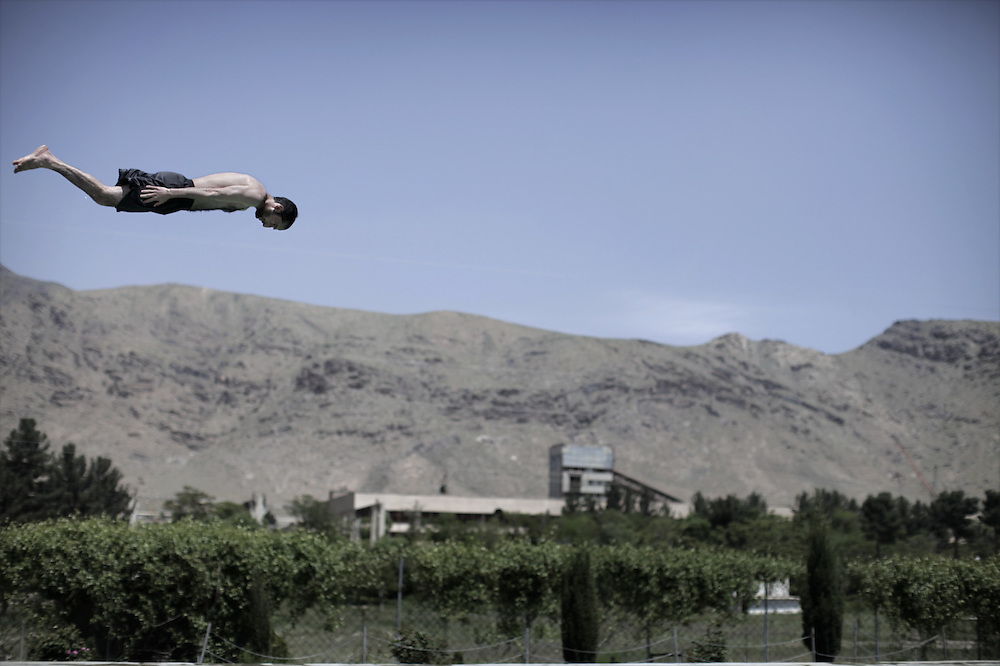