Cape Verde-born, Portuguese Emilia Garcia, 46, who also has her house scheduled to be destroyed, is seen at Santa Filomena neighborhood, in Amadora, Portugal, on November 13, 2012. According to local authorities, the Santa Filomena neighborhood, a predominantly area which hosts Cape Verde immigrants, is an illegally occupied area scheduled to be totally demolished, as part of local Special Rehousing Program (PER), and those families whose are not enrolled in the PER program, will have to find out alternative solutions by themselves. Near 250 houses still remain there. Photo by Mauricio Lima for The New York Times 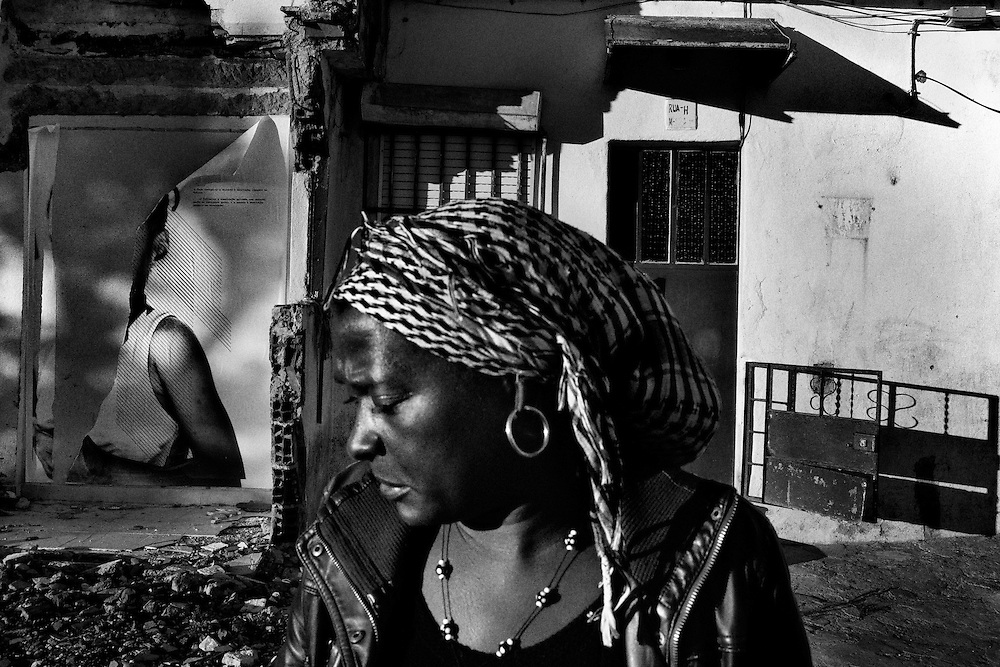