Fighters from the Free Syrian Army in Sakba, in the outskirts of Damascus, January 27, 2012.
As Syrian forces pushed rebels back from strongholds near Damascus on Monday, some of the world’s top diplomats converged on the United Nations to try to press President Bashar al-Assad to leave office through a Security Council resolution. Much of the attention focused on Russia, which stoutly opposes an Arab League proposal, backed by Western and Arab diplomats, that calls for Mr. Assad to cede power as part of a transition to democracy. Senior members of the Syrian National Council, an exile opposition group, arrived from Paris en masse to lobby Security Council members for the plan, starting with the Russian envoy, while the United States and other members lambasted Moscow’s opposition. Photo/Tomas Munita for The New York Times 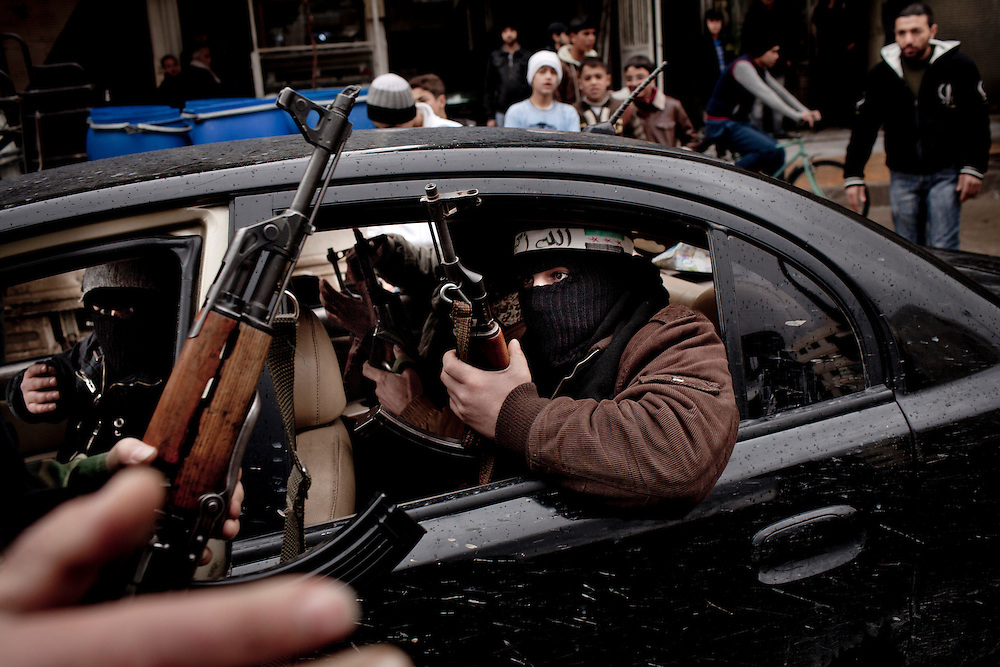