Teresa, 13, helps her aunt, Joanna, 27, to eat some food at the Vilcanculo´s Hospital which is assisted by CARE, Vilanculos, Inhambane province, Mozambique. August 2009. Teresa, took long time before realizing that she has AIDS, she came to the hospital when she couldn´t walk and talk. She is slowly recovering since she started taking antiretroviral drugs. For most Africans living with HIV, antiretroviral drugs are still not available. Unitaid, a program financed by a new mechanism that charges a small fee to airline tickets, has raised $1.2 billion over the past three years for treatments of HIV, malaria and tuberculosis in poor countries. 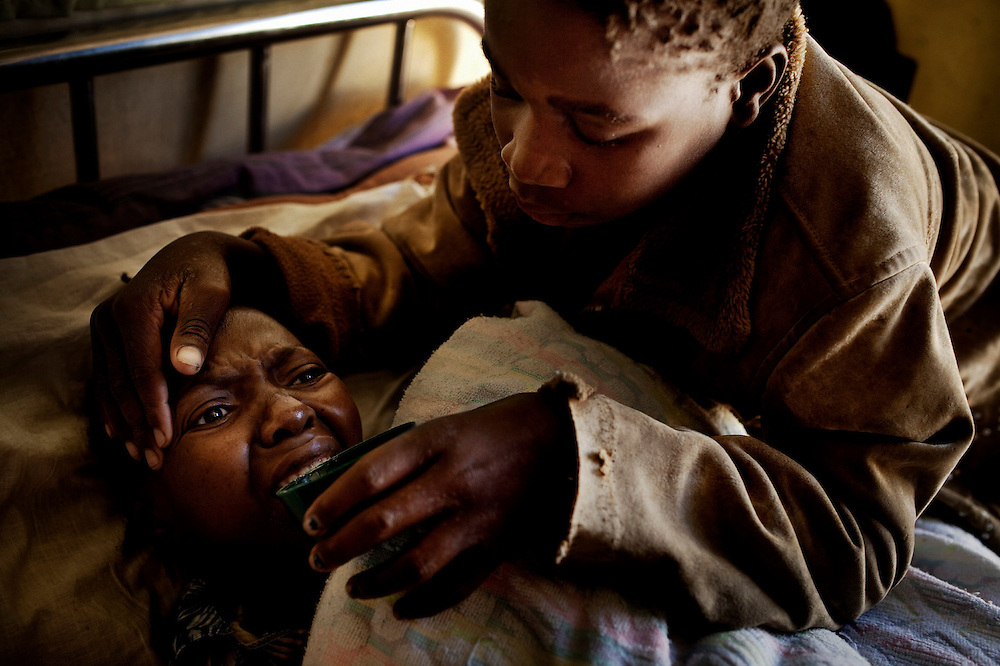