Loa River, Atacama desert, Chile. November 2009. The Loa River goes through the core of Atacama Desert. For thousand year it was inhabited by Atacameños indigenous culture, but since the starting of mining operations the struggle for water began. Water is captured from the river heads, lakes have been dried up, highly toxic pollution from mining has killed life in a big portion of the river resulting in entire communities leaving their ancestral farming and grassing lands, abandoning what used to be an oasis of life in the driest desert on Earth. 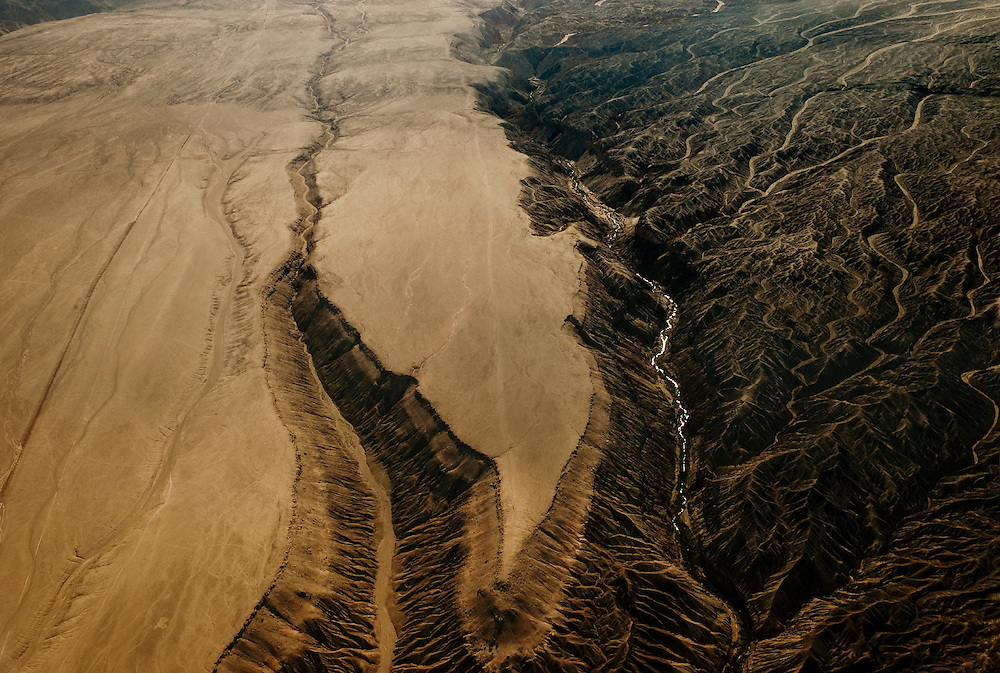