Some of the main leaders of Mara Salvatrucha that were transfered from a High Security jail, at the prision Centro Penal Ciudad Barrios, in El Salvador. August 14, 2012.
When top leaders of two of the hemisphere’s most violent street gangs sat across from one another in the stifling air of a maximum security prison earlier this year, the encounter had a very different aim: peace. With a military chaplain and a former lawmaker officiating, the imprisoned gang leaders held a moment of silence for the thousands of people their street armies had killed. After a few more meetings — and the government’s concession to transfer 30 of the leaders to less-restrictive conditions — they shook hands on a pact to put an end to the killings. “We said we have to talk because things are getting out of hand,” said Carlos Tiberio Valladares, a leader serving time for murder who has tattoos of his gang etched across his face. “No one is going to tell you they want their kids to continue on this path.” Photo/Tomas Munita 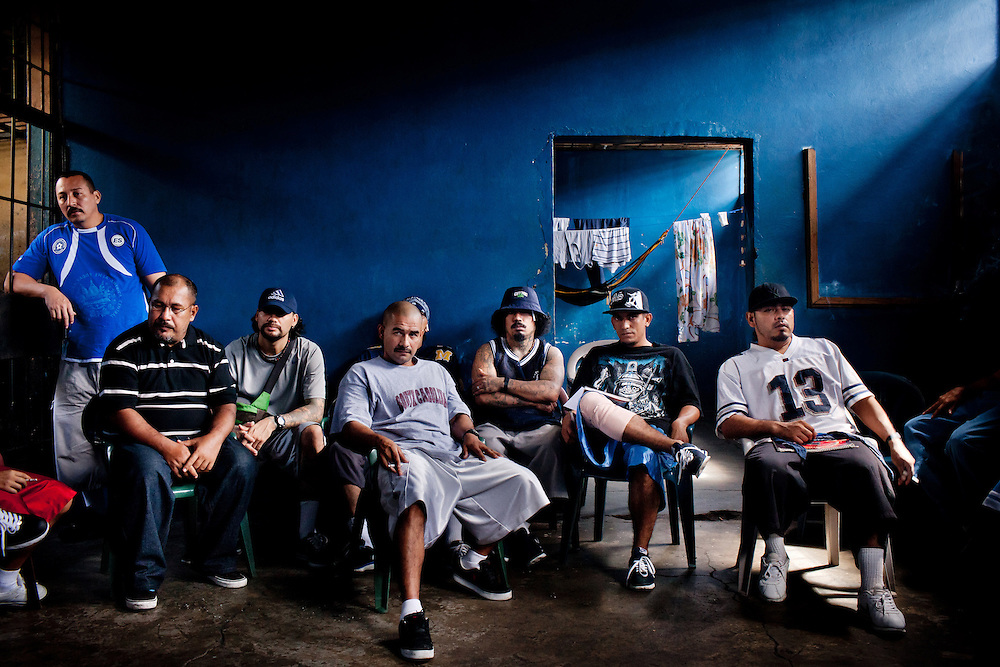