Residents search for relatives victims of the Fuego Volcano in the ash-covered village of San Miguel Los Lotes, in Escuintla department, about 35 km southwest of Guatemala City, on June 7, 2018. The threat of fresh landslides forced emergency workers Thursday to suspend a search for victims of a major eruption of Guatemala's Fuego volcano, the country's disaster management agency said. To date, 99 people are known to have died in Sunday's major eruption of the volcano, with nearly 200 more still reported as missing. 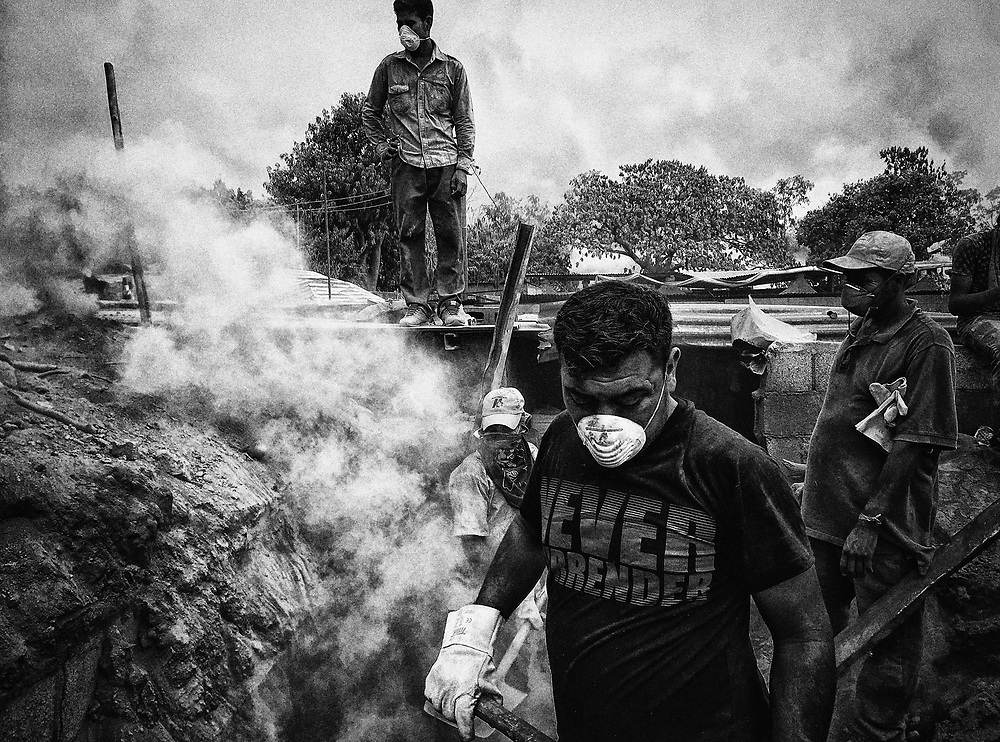