Street scene in Havana, Cuba. With Cuba cautiously introducing free-market changes that have legalized hundreds of thousands of small private businesses over the past two years, new economic bonds between Cuba and the United States have formed, creating new challenges, new possibilities — and a more complicated debate over Washington’s 50-year-old trade embargo. The longstanding logic has been that broad sanctions are necessary to suffocate the totalitarian government of Fidel and Raúl Castro. Now, especially for many Cubans who had previously stayed on the sidelines in the battle over Cuba policy, a new argument against the embargo is gaining currency — that the tentative move toward capitalism by the Cuban government could be sped up with more assistance from Americans.Photo/Tomas Munita for The New York Times 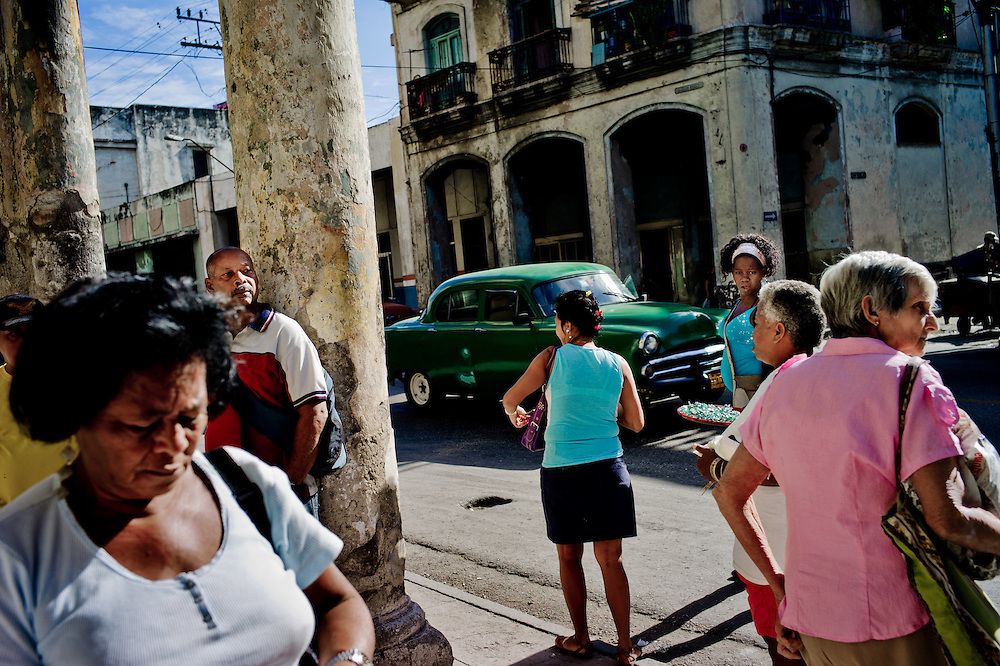