A doctor working with CARE International, checks an HIV positive woman before giving her the antiretroviral drugs in a rural hospital in Mapinhane Hospital, Inhambane province, Mozambique, Aug. 2009. There is approximately one doctor per 44.000 inhabitants. For most Africans living with HIV, antiretroviral drugs are still not available. Unitaid, a program financed by a new mechanism that charges a small fee to airline tickets, has raised $1.2 billion over the past three years for treatments of HIV, malaria and tuberculosis in poor countries. 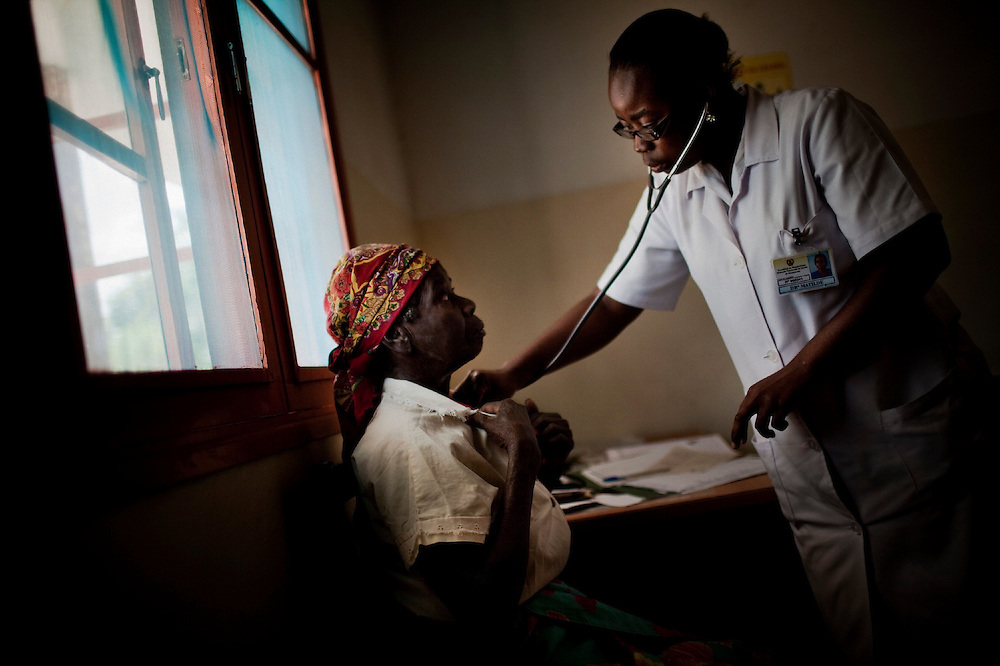