A man checks a notebook found near the body of Samara Coelho da Silva, 13, after removing her from an area afected by a landslide at Prainha neighborhood in Nova Friburgo, Brazil, Monday, Jan. 17, 2011.

A series of flash floods and mudslides struck several cities in Rio de Janeiro State, destroying houses, roads and more. More than 900 people are reported to have been killed and over 300 remain missing in this, Brazil’s worst-ever natural disaster. 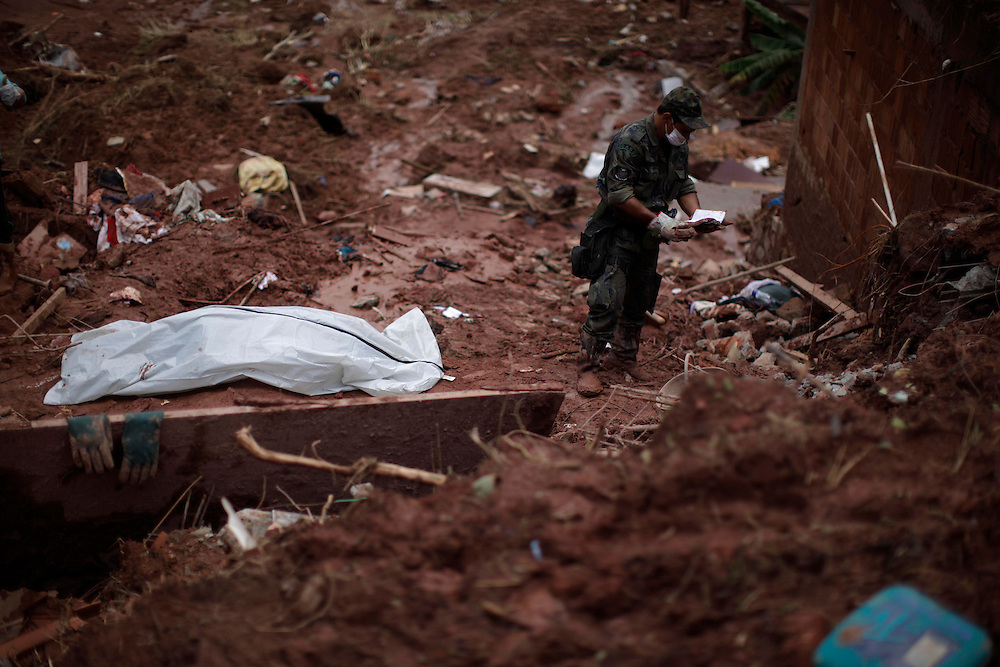