Fernando Ferre, 17, digs the grave for his neighbor Karla Pinto, 23, a mother of three who was killed with two shots in the head in Choloma, a town outside San Pedro de Sula, Honduras, March 11, 2011. The reason for the attack is unclear, but the maras operate in the area and make people pay what is know as Impuesto de Guerra, or War Tax, anyone refusing or failing to pay is executed. Drug trafficking is another problem, and drug related killings are common, as well as robberies and kidnapping. The Hospital Mario Catarino Rivas - San Pedro´s public hospital, attended in 2010 1098 wounded by knife, 1070 wounded by guns and 472 died in the hospital for violent attacks. Photo/Tomas Munita 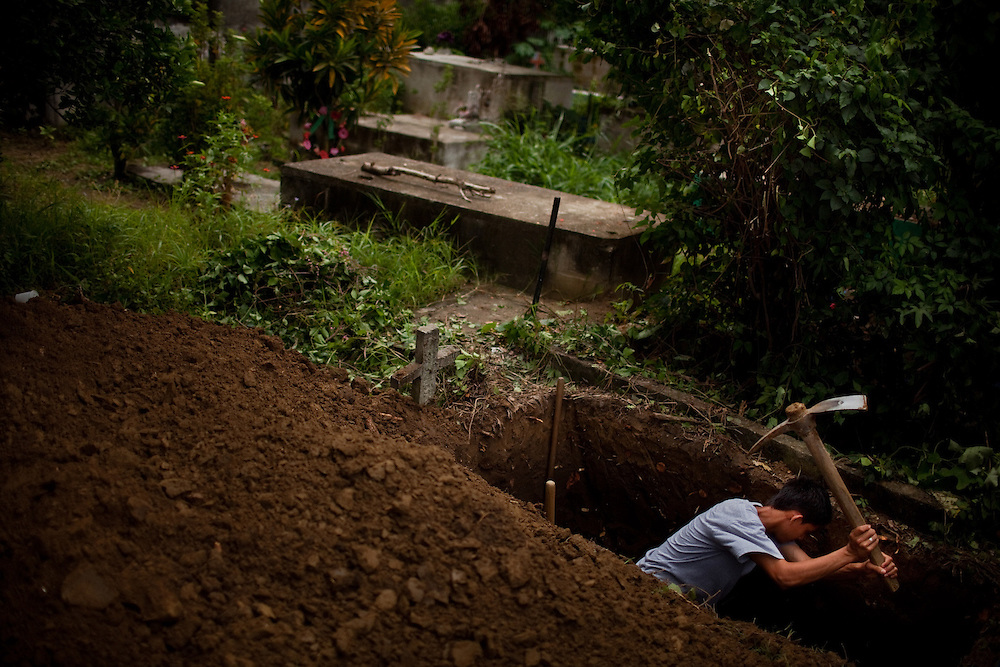