In this Aug. 7, 2012 photo, Natalia Gonzales, a 15-year-old crack user, poses for a portrait in an area known as "Crackland" in the Manguinhos slum in Rio de Janeiro, Brazil. 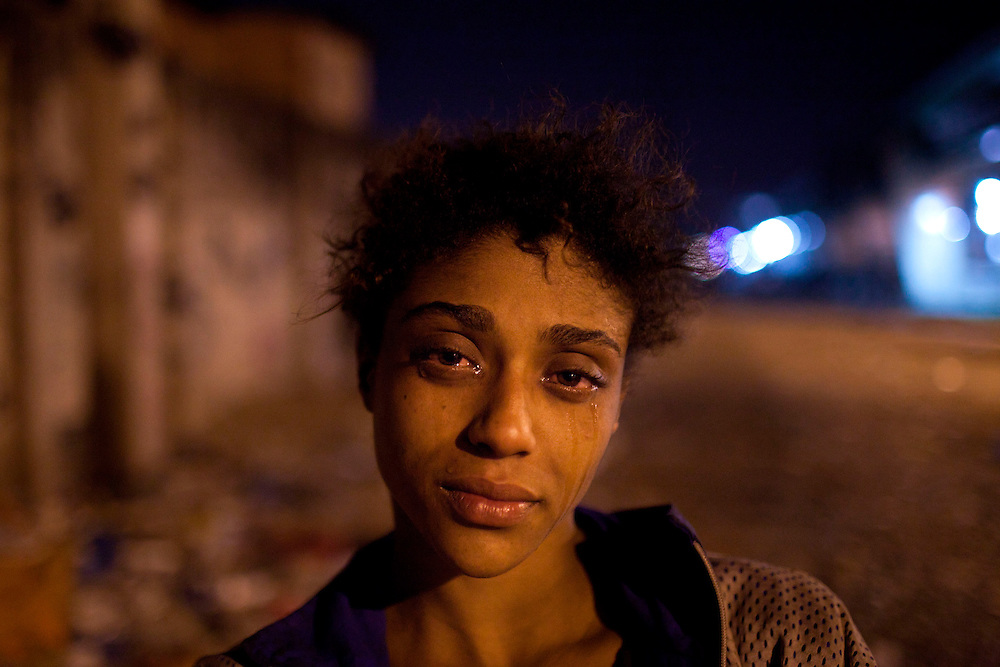