In this Aug. 8, 2012 photo, armed drug traffickers pose for a photo with their backs to the camera in the Antares slum in Rio de Janeiro, Brazil. 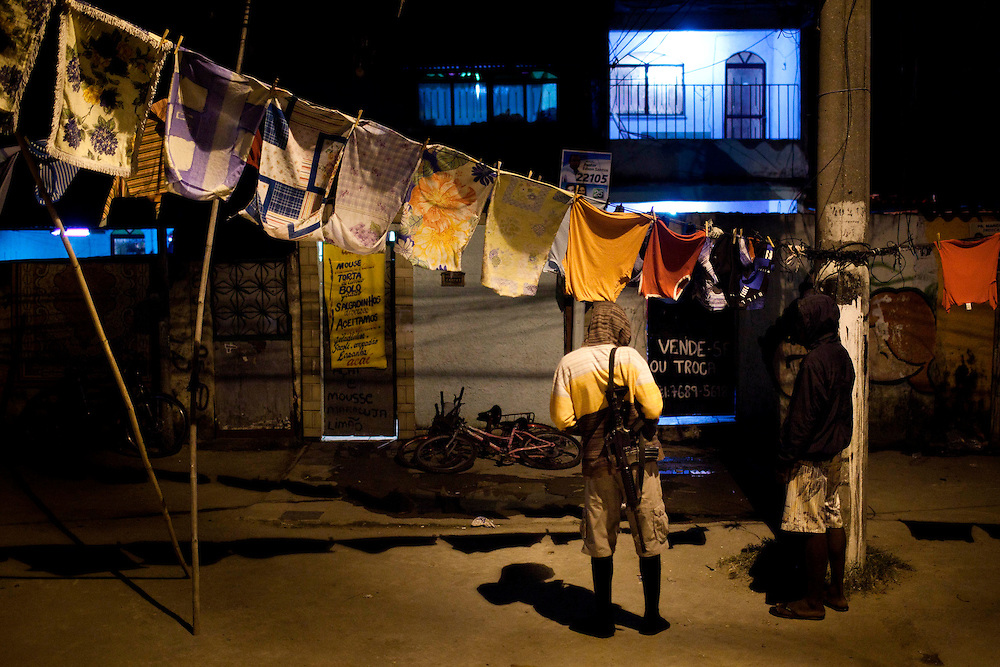