A Roma woman cleans the sidewalk outside her house using a hose in Buzescu, Romania.

Home of the Wealthy Roma (Summary): Richly adorned multi-story mansions with elaborate turrets, balconies, pillars and adornments from across the history of architecture are not the first thing that springs to mind when one thinks of Roma, or Gypsies as they are disparagingly known across Europe. Yet in Buzescu, a small town of 5,000 inhabitant 50 miles southwest of Bucharest, the Romanian capital, the main street is lined with a most unlikely row of architectural adventures in a strange catalogue of pastel colours and oddly combined materials. On the streets between these clusters of gaudy castles, fleets of Mercedes slowly move over rutted streets. A third of Buzescu's inhabitants are Roma yet the ostentatious construction style dominates large parts of the town and challenges the received perception of Roma being a poor, itinerant lot, wandering through the countryside incessantly without putting down roots. Buzescu's Roma, most of whom are Kalderash or 'coppersmiths', are well known for their craftsmanship in making cazane, a traditional copper still used in making fruit brandy and the best craftsmen could fetch very respectable fees for their handmade cazanes. It was after the end of the communist regime in Romania, though, that the entrepreneurial spirit of the Kalderash came into its own. With industrial infrastructure being left to rot across the country and Eastern Europe, astute Roma were quick to realise the potential in the copper, silver, aluminium, steel and other scrap metals that were there for the taking. Many Roma were able to reap handsome profits in the unregulated commodity markets of the early post-communist era. The show of wealth in Buzescu is mainly for local consumption, and much of it remains on the exterior. Many of the villas still have outhouses and remain sparsely furnished inside. But the town has become a curious showcase of the contemporary self- 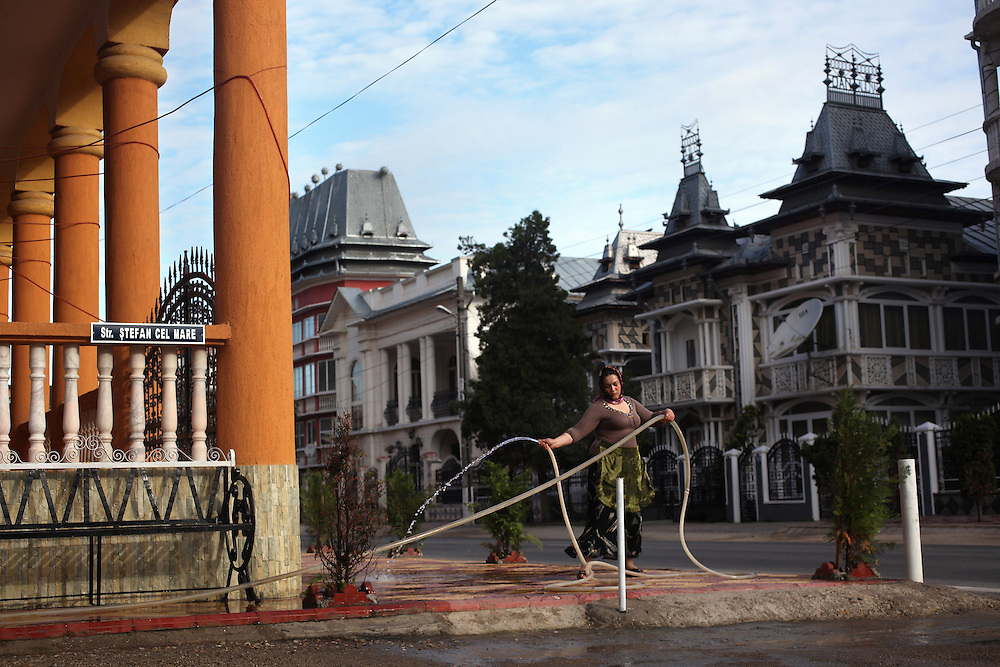