Homelessness since March, Former Portuguese Army officer Captain Alberto Rodrigues, 70, who was in the Army for 11 years (66-68 Guinea Bissau, 68-70 Macau and 70-77 Mozambique), has some soup as his wife Natalia Gusmao, 50, eats some food by the stairs of a closed Christmas gift shop, after they have receiving a lunch at a free food distribution centre nearby "Praça de Espanha" square (or Spain square), in Lisbon, Portugal, on November 28, 2012. Around 1.4 million people are currently unemployed in Portugal, and only 370,000 of them have receiving monthly social support from the government, leaving around 1 million people without the benefit. Over youths, unemployment rates is breaking records reaching 39% in the third quarter of the year, or equivalent to more than 175,000 people. The official unemployment rate in Portugal is currently on 15.7%, a bit away from the highest European rate in Spain, with 25.8%, followed by Greece with 25.1% of jobless. Photo by Mauricio Lima for The New York Times 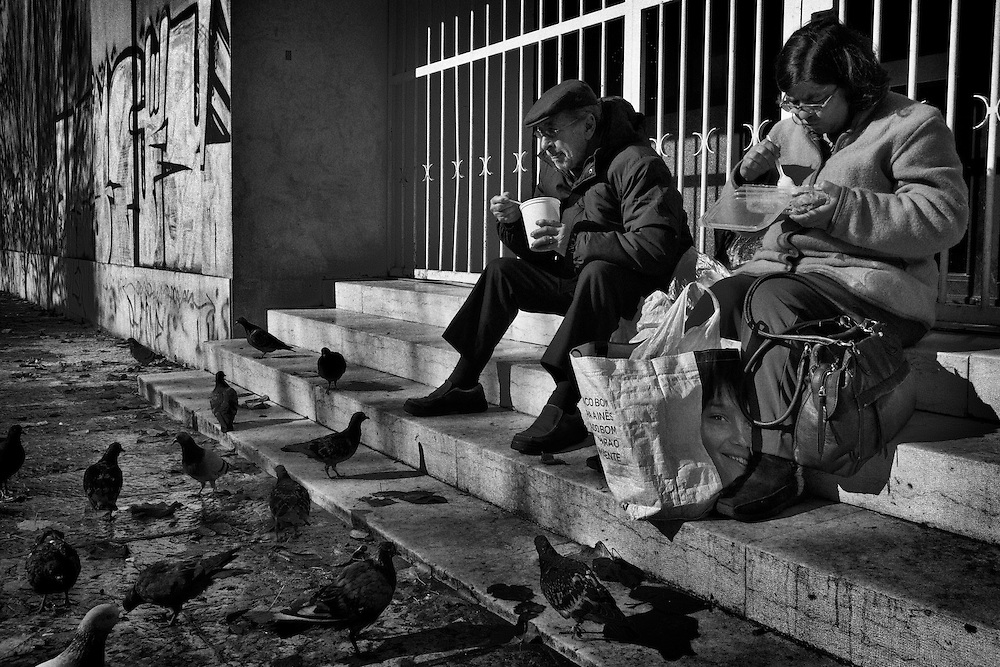