A man is taken out of the car after he was shot by a group of young men in Limon, Costa Rica, March 6, 2011. He survived, but the reason for the attack is unclear. Limon is becoming extremely violent since a couple of years ago when drug cartels are operating in the city, an important route of the drug going to the north. In the past decades drug dealers were paying money to the people involved in drug trafficking, but since few years ago the payment is in drugs, making the population addict. Drug related killings are becoming more and more common, as well as violence in general. Photo/Tomas Munita 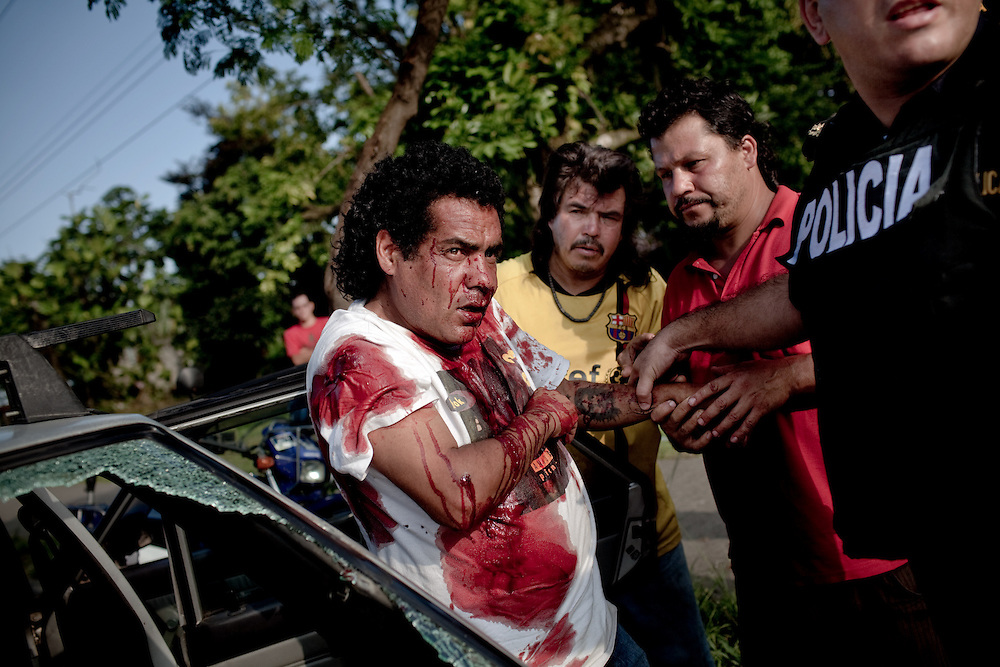