In this Aug. 11, 2012 photo, a trafficker test fires a riffle in the Mandela slum in Rio de Janeiro, Brazil. 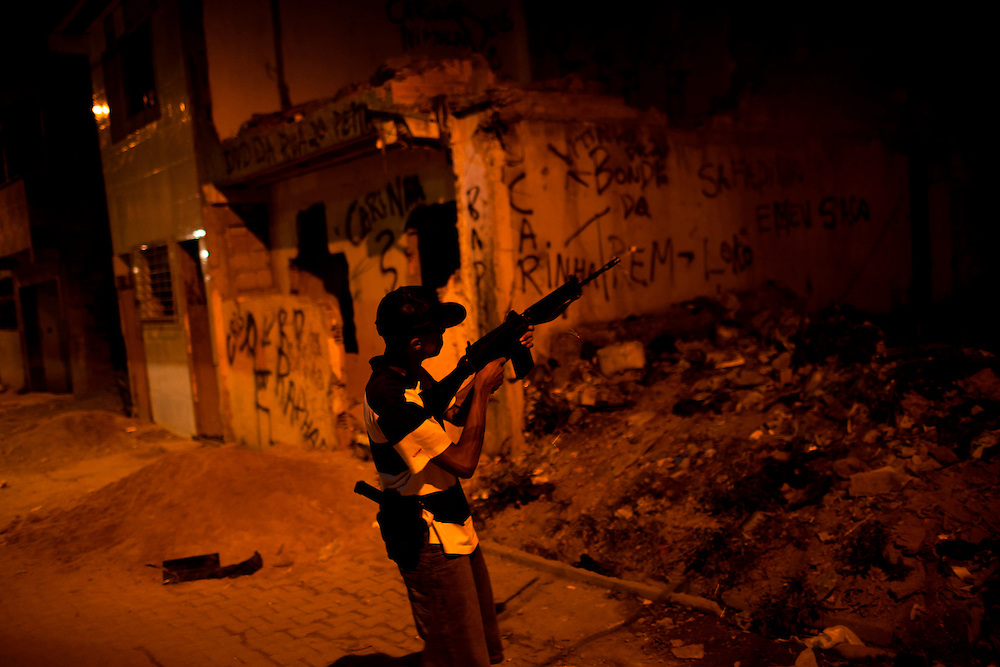