Located in Chile's Atacama Desert, the tiny town of Quillagua is considered to be the driest town on Earth. Although the area hasn't experienced rainfall in some 40 years, it was once considered an oasis as a result of the flow from the Loa River, which propped up the area's agricultural production. The effect of farmers selling their water rights to the mining industry, coupled with chemical pollution of the river, has largely destroyed the area. Now the area is nothing more than a barren land with barely 100 inhabitants, where water has to be brought by trucks from a distant city. Chile. January 2009. 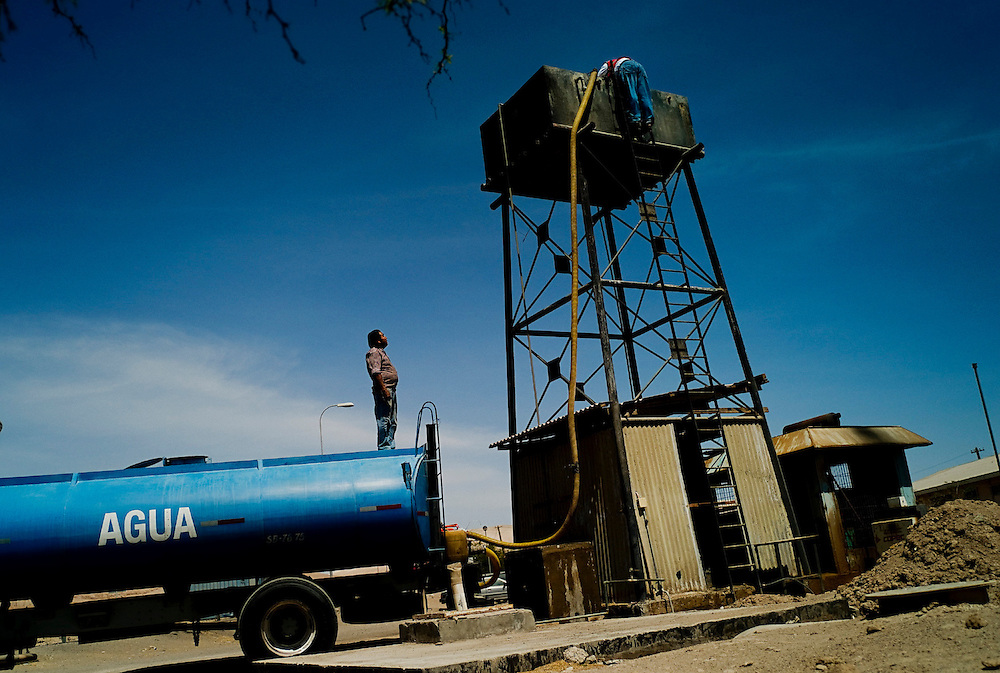