A bus stop at the main road that links north and south Mozambique. August 2009. Mozambique remains a major transport corridor within the country and to neighboring countries, South Africa, Zimbabwe and Malawi. This results in a high percentage of sex workers and transient populations increasing the prevalence rates of HIV. While most East African Countries have seen modest decline or stabilization in HIV infection levels, the epidemic is still on the rise in Mozambique. It is estimated that 81.000 mozambicans will die yearly due to AIDS, leaving 400.000 orphans. 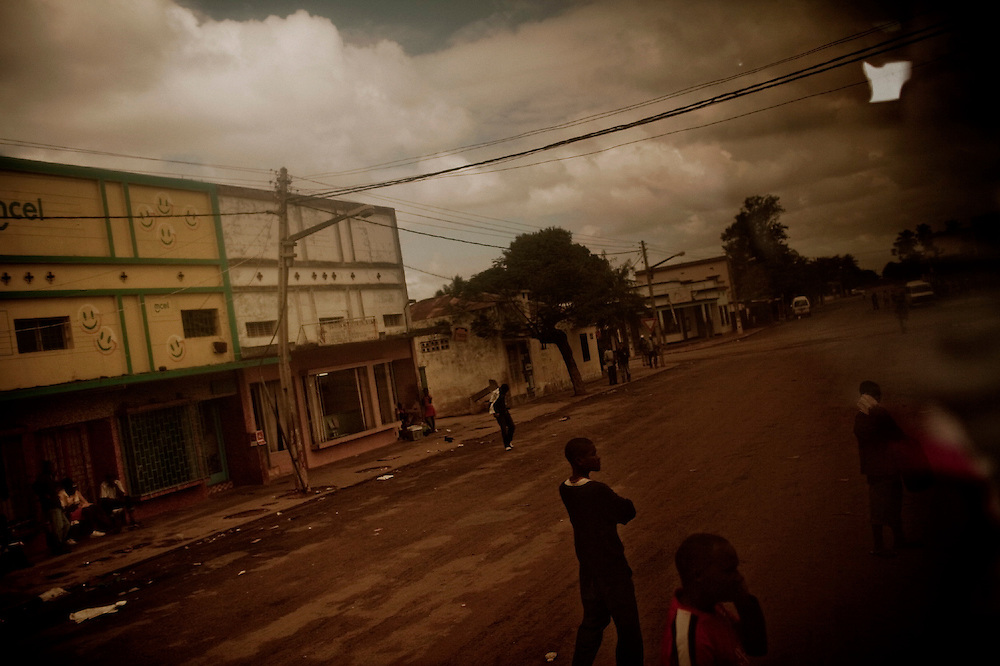